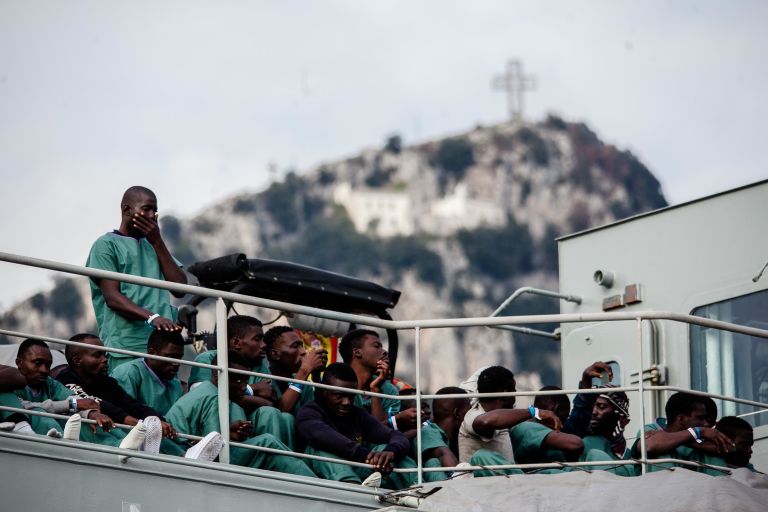 Investigators in Italy are looking into the deaths of 26 Nigerian women and girls, whose bodies were found in the Mediterranean Sea.

The bodies were brought to the port of Salerno by the Spanish ship Cantabria on Sunday. Most of the girls were between the ages of 14 and 18, leading investigators to suspect that they may have been victims of a trafficking ring.

“This tragedy affects a group of people particularly at-risk.” Federico Soda, Director of the IOM Coordination Office for the Mediterranean, said in a statement. “It is very likely that these girls were, in fact, victims of trafficking for sexual exploitation. A recent IOM report has estimated that 80 per cent of Nigerian girls arriving in Italy by sea may be victims of trafficking.”

Investigators are also looking into suspicions that the women and girls may have been abused and killed.

“Salvatore Malfi, the police prefect of the southern town of Salerno, said the 26 women may have been thrown off their rubber dinghy into the waters of the Mediterranean,” NPR’s Sylvia Poggioli reported from Rome. “The cause of death appears to be by drowning.”

“Police Prefect Malfi called this a human tragedy and said his office has appealed to neighboring towns to provide dignified burial for the Nigerian women,” Poggioli added.

Two men have been arrested in relation to the two sunken inflatable rafts from which the bodies were recovered: Libyan Al Mabrouc Wisam Harar and Egyptian Mohamed Ali Al Bouzid. The two of them reportedly skippered the two boats and have been charged with trafficking 150 people. However, they have not specifically been linked to the deaths of the 26 women and girls.

The survivors of the two boats include a girl who claimed to have been raped and a mother who lost three children at sea.

Autopsies should be completed over the course of the next week as part of the investigation.