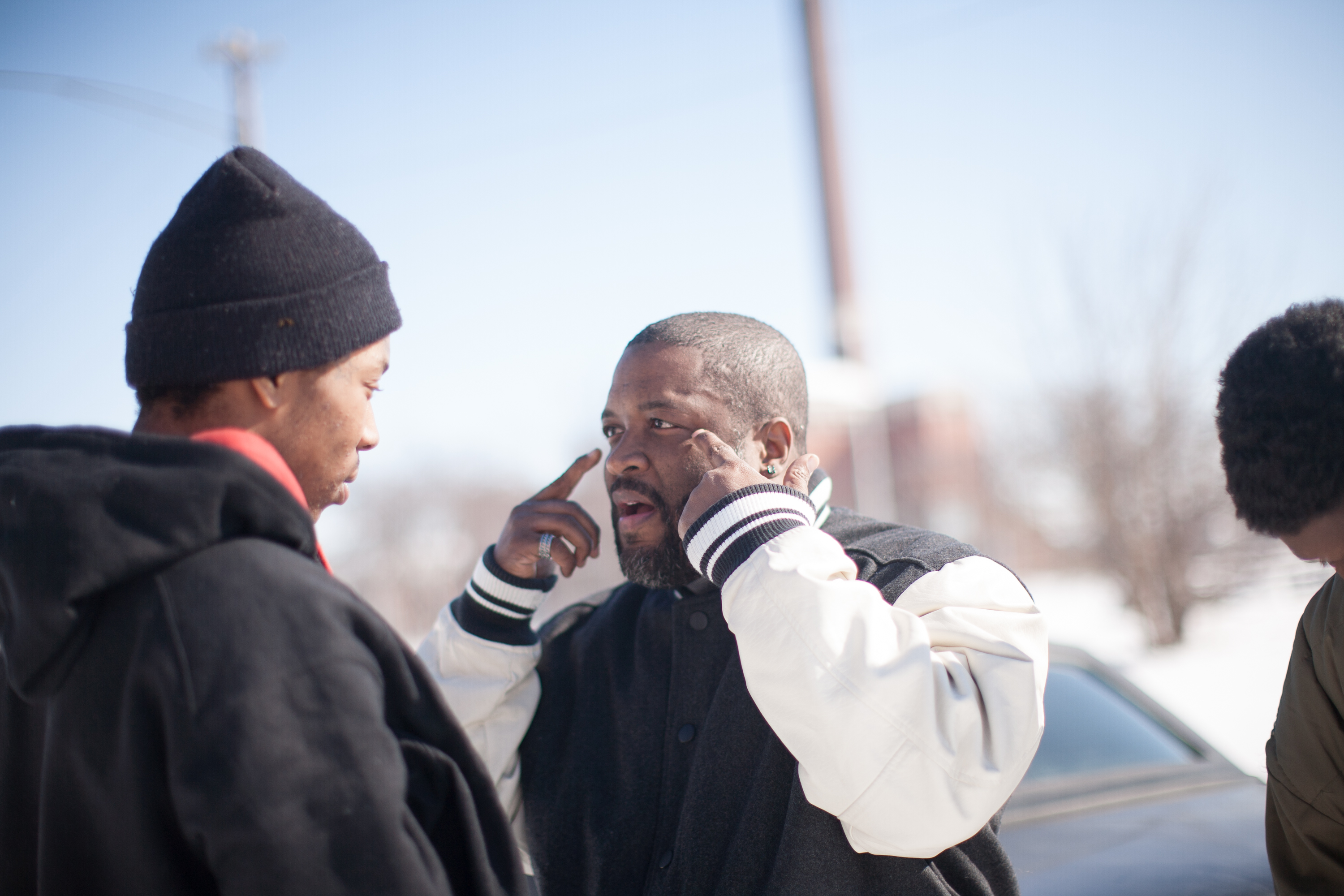 WASHINGTON (NNPA) – As cities across the country have mobilized massive street protests over police violence and misconduct, a familiar question has been raised by their opponents: Why does violence within the Black community garner less concern than police violence?

According to crowd-sourced database, Mapping Police Violence, 304 Black people died at the hands of police last year, 101 of them unarmed. But Black offenders were responsible for 90 percent of the nearly 2,500 Black homicide victims in 2013, according to data compiled by the FBI. Between 2002 and 2011, the homicide rate was 6.3 times higher for Blacks than Whites.

Detroit-based community organizer, Yusef Shakur is on a personal mission to end the community violence he once perpetrated. By the age of 19, he had co-founded a gang and was given up to 15 years in prison, where he met his father for the first time. Through positive guidance from his father and a personal decision to do better, Shakur left prison determined to repay his debt directly to his community.

Shakur’s organization, Restoring the Neighbor Back to the Hood, seeks to rebuild a sense of community in the “Zone 8” section of Detroit through back-to-school bag giveaways, block parties, survival kits for indigent residents and families, and one-on-one mentorship. Fourteen years after his release, he is an award-winning organizer and remains embedded in his neighborhood as a positive influence, particularly on those who commit the crimes that have made Detroit infamous.

To him, the victims of these crimes are just as important as those slain at the hands of racist authority figures.

“When any [deaths] happen, there’s outrage. We know tons of people who get killed but the media doesn’t talk about it,” Shakur says. “There are folks who do candlelight vigils, folks crying on the floor and things, but there’s no media coverage. But if it’s a high-profile situation, that brings Jesse Jackson and Al Sharpton, then we see the outrage.”

Many of the stories that have become major headlines and have fueled national protests began as local efforts. Trayvon Martin’s murder, for example, only became a major media story after relentless social media campaigning and Sanford, Florida’s “Justice for Trayvon” protests spread across the country – and it still took 44 days of action to secure George Zimmerman’s arrest.

It was Zimmerman’s subsequent acquittal that sparked the Black Lives Matter organization.

“The local is the national. There’s no way that there would be a national conversation about state violence if local residents in Ferguson and St. Louis didn’t take to the streets,” said Patrisse Cullors, a co-founder of the nationwide Black Lives Matter activist network, which began in 2012. “The other piece is, there’s lots of Black people, for the last 40 years, who have been figuring [out] how do we deal with harm inside of our communities.”

Cullors said that the tug-of-war between community violence and state violence is among the most common criticisms Black Lives Matter receives.

“The focal point is state violence, but that is not the end-all be-all. When myself, Alicia Garza, [and] Opal Tometi created Black Lives Matter, it was never just to talk about law enforcement or vigilantes. It was actually about a broader conversation about anti-Black racism and the impact in our communities,” she explained. “It’s about broadening what state violence means. If someone is homeless…if people in the community aren’t able to have jobs, that’s state violence.”

Shakur lives and works in the crosshairs between state and community violence. Sometimes, he uses the respect he’s earned in his neighborhood by inserting himself to break up fights and conflicts. But he’s also seen a police officer roll up to a group of young boys and hop out of the car to say, “I can’t wait to put you in prison.”

He believes that community violence and police/state violence are different issues that share a link as effects of White supremacy.

“Folks are not using a historical context. When Trayvon Martin gets killed or Michael Brown, et cetera, it reminds you of Emmett Till. It reminds you of your grandfather getting lynched. It reminds you of the reality of being Black in America,” he said. “But the work has to be twofold. It has to be 30 percent police, 70 percent on us. We have to do the work internally to restore interpersonal relationships. If we clean up what we have to clean up, it makes it easier for us to organize against the police, because the police are going to do what they’re going to do.”

Each of the Black Lives Matter co-founders is also a grassroots community organizer.

Cullors is a founding board member of Dignity and Power Now, a Los Angeles-based grassroots group working to empower incarcerated people, their families, and their communities. Alicia Garza has been involved in several grassroots groups across the Bay Area, including People Organized to Win Employment Rights, and the National Domestic Workers Alliance, where she has held leadership roles. Opal Tometi is executive director of the Black Alliance for Just Immigration, a New York-based Black advocacy group.

Cullors believes that community violence is largely a reflection of state violence, both literal and in the form of oppression. For this reason, the two issues, though separate, are not at odds.

She added, “Let’s actually deal with the root causes of that trauma. The fight around intra-community violence is a fight about not only the state…but our conversation – it looks like an internal conversation – is about what do we do to take care of ourselves. Where are the spaces that we fight for our communities to have what they need so we don’t harm each other? ‘Black Lives Matter’ means a new way of fighting for freedom.”