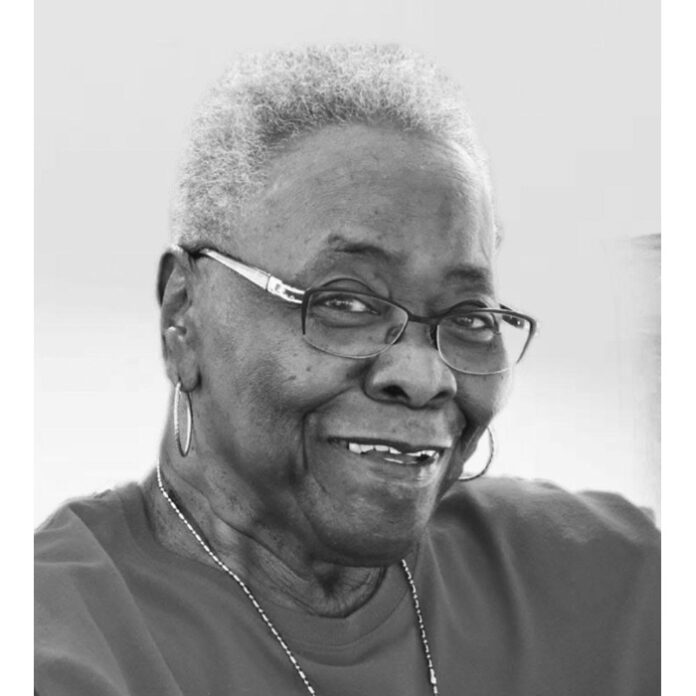 Alma Ferguson was born on October 1st, 1936. She has been loved and cherished since this very day. She was born to mother, Victoria Bennett and father, Peter Ferguson in Cross, South Carolina. She was the youngest of 11 children. Alma was a second mother to most, auntie or Nana to many, and a friend to all.

Alma resided in Cross until her mother passed away when she was 11 years old. She shared that she had to grow up very fast. After several years in Cross, Alma lived in Florida and New York with family. She later moved to California with family. From this point she called San Diego home.

While in San Diego she met and married in 1971, Joseph Crittenden Jr. The union was blessed and grew with five children. She loved Bingo and she loved the Lord. In the early 70s she became a faithful member of New Corinthian Missionary Baptist Church. She loved everything about church, from the fellowship to praising the Lord.

In 2006 Alma and Joseph moved to Victorville, CA. In 2013 they moved to Arizona to live near their daughter. Joseph passed in 2017 and the rest of their children moved to Arizona. In early November, Alma began to experience a rapid decline in health which resulted in a hospital stay. Alma did what came natural to her; she prayed and she fought. On November 23rd, Alma was called to her eternal home to be with the Lord. Alma was welcomed by her family and friends that had preceded her.

Alma was preceded in death by her mother and father; husband Joseph Crittenden Jr., all 10 of her siblings, several nieces and nephews, and many relatives and dear friends.