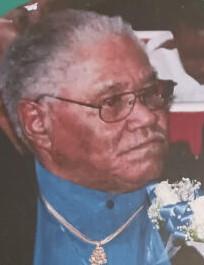 Funeral services were held on 11/01/2022 at Bethel Baptist Church, with a burial following at Miramar National Cemetery. Final arrangements were entrusted to Anderson Ragsdale Mortuary.

Arthur Herbert Richardson Jr. was born February 2, 1929, in the city of Beaumont, Texas. He was the second child born to Gertie B and Arthur H. Richardson, Sr. Arthur Jr completed and received his formal education in Heilig, Texas school system. Arthur was a carpenter by trade.

In 1943 the Richardson family relocated to San Diego, CA. As a young man, Arthur loved boxing; he was trained as a prize fighter by the late Great Boxer Archie Moore and later became a professional prizefighter. Arthur Boxed under the name of “LUCKIE.”

Arthur met and married Alnita Reynolds, this union was blessed with two children, Sondra J. and Ronald R. Arthur Jr. later enlisted in the National Guard and later was called to active duty in the US Army. Arthur was in Company C, the Association of the 1402 Engineers.