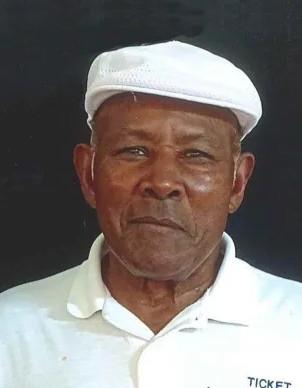 Arvoll Randolph Rae was born in Antlers, Oklahoma, on July 29, 1926, to William and Amanda Ray. He passed from pancreatic cancer on July 14, 2022, at the home of his daughter in El Cajon, CA.

Born and raised in Antlers, Arvoll arrived in Portland in the early 1940s working for the Union Pacific Railroad. He met the love of his life Gertrude Mae Holmes-Williams, and they married on February 1, 1948. He is preceded in death by his parents, William, and Amanda Ray, his siblings Jewel and William (Bertrand) Ray, and his beloved wife, Gertrude Rae.

Arvoll was a quiet leader in his home church St. Phillip the Deacon, Portland’s oldest Black Episcopal Church. He served honorably in The Armed Services as a Motor Policeman; he and his best friend Robert Dillard were both hired as Portland’s first Black bus drivers for Rose City Transit (ODOT). He was an entrepreneur who ran his own business until he retired. When he retired, he worked part-time for over 50 years for the Coliseum and Convention Center are just a few of his many accomplishments. Social activities included being a founding member of Leisure Hour Golf. He was passionate about teaching aspiring young golfers in the junior league. He was a member of Kappa Alpha Psi Fraternity Inc.

A Memorial Service was held August 11, 2022, at 10:30 am at St. Phillip the Deacon Episcopal Church, 120 NE Knott Street, Portland, Oregon 97212, with a reception. Arvoll was laid to rest at Willamette National Cemetery, 11800 SE Mt. Scott, Happy Valley, Oregon on August 11, 2022, at 1:00 pm. Arrangements in San Diego were with Anderson-Ragsdale Mortuary, and Terry Family Funeral Home in Portland, OR.