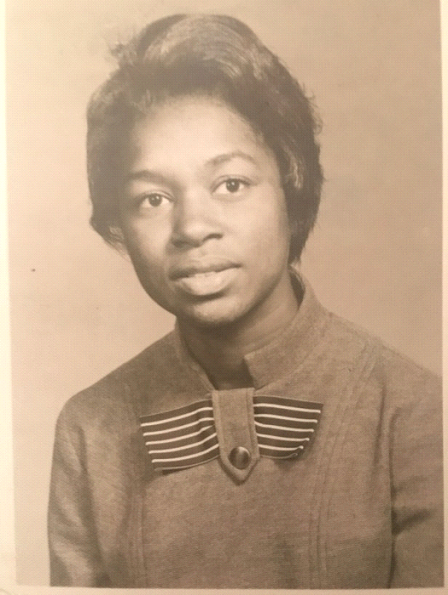 Funeral services were held on October 5, 2021 at Bayview Baptist Church with a burial following at Miramar National Cemetery. Final Arrangements were entrusted to Anderson Ragsdale Mortuary.

Barbara A. Simpson was born on October 30, 1944 in Goldsboro, NC to Frank and Louvenia Reid Richardson, as the second of 8 children. Barbara graduated from Dillard High School. She attended North Carolina A&T University and completed her B.S. degree in Nursing. She became the head nurse in the Medical & Surgical Unit Floor at Moses H. Cone Hospital and met the love of her life, Jerome Ranson Simpson. They married and made their home in Fort Knox, Kentucky.

She joined the Army Reserves in Louisville, KY., participated in Operation Desert Shield/ Storm and later retired as a lieutenant colonel. Barbara established a church home at First Baptist Church in Elizabethtown, KY and took a lead role as Sunday school teacher, that is where she gave birth to her first child, Angela C. Simpson, she joined her husband and brother-in-law in starting SimpRich, General Construction Company as the secretary and treasurer.

Barbara and Jerome relocated to Nashville, Tennessee where she resumed her nursing career with the Metro Nashville Health Department. She and Jerome welcomed their second child, Jerome Simpson II. She and her growing family found their church home at St. James Missionary Baptist Church in Nashville, Tennessee. A servant leader, she became president of the General Missionary Department for a number of years, serving as first captain of the church’s Security Team. She welcomed her first grandchild, Miles, and was later blessed with two additional grandchildren; Morgan and Mia. Barbara was affectionately known as “grandma.” She consistently attended school performances, and looked forward to her grandchildren’s visits at the Veterans Home.