Home Arts and Entertainment BELIZE AND AMERICAN FILM INDUSTRIES OPEN ARMS TO EACH OTHER AND BUILD... 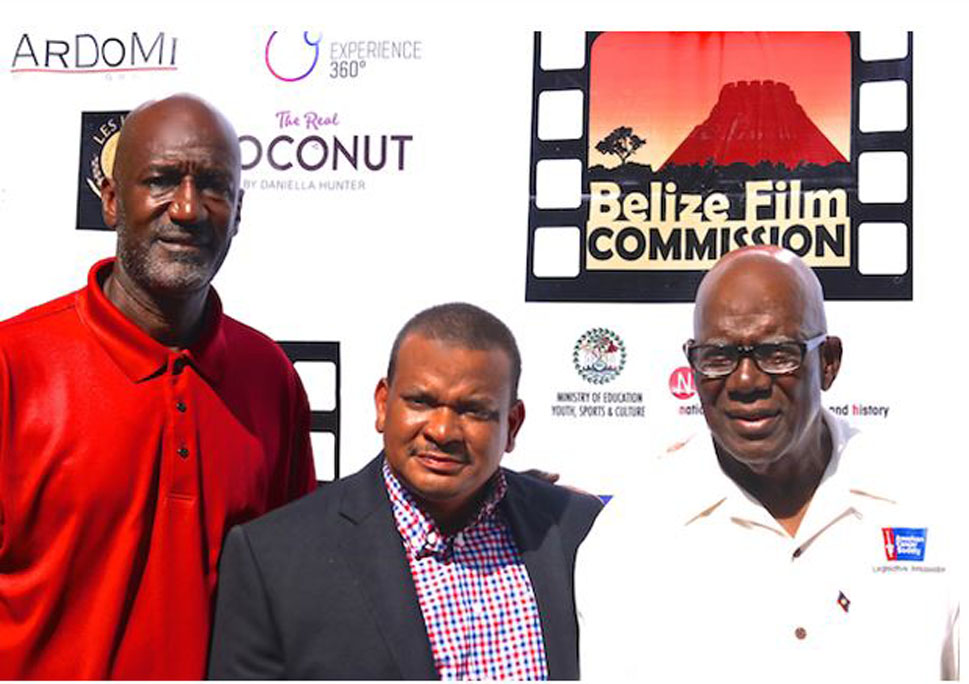 Among those in attendance were Belize’s Deputy Prime Minister and Minister of Education, Youth, Sports and Culture, Hon. Patrick Faber; the Consul General of Belize in Los Angeles, Roland Yorke; Director of the Belize International Film Festival, Suzette Zayden; and ABC World Morning News Anchor, Kendis Gibson. Gibson, who was born in Belize, is a former reporter and part of the launch team for San Diego’s FOX local newscast and has pledged his commitment to promoting ways to connect the Hollywood and Belize film industries.

Highlights of the afternoon included a virtual reality experience by Ryan Moore, CEO, Experience 360° using VR headsets, a screening of “Yochi,” the winning short film at the 2016 Belize International Film Festival, as well as an unveiling of a painting of the Deputy Prime Minster of Belize by artist John Barge III.

Film Commissioner Nigel Miguel, an actor/producer and former UCLA basketball player (“White Men Can’t Jump,” “Blue Chips,” “Colors”) introduced several partners he works with, all of whom share the passion and commitment to advance Belize’s growing film industry. Chris Pack, producer/founder of Story Gardens: A Global Virtual & Augmented Reality Think Tank, shared his vision of creating initiatives and providing training in emerging technologies so that the people of Belize can tell their story. To that end, Pack, along with other experts, have made inroads to work with the Belize Film Commission to train Belizeans in Virtual Reality Production. Working with representatives from Final Draft, a premier screenwriting software, copies of the software will be given away in upcoming screenwriting competitions and, as part of an Entertainment Industry Distance Learning initiative, he and leading Hollywood professionals will teach relevant entertainment related workshops from the Los Angeles Belize consulate distance learning studio streamed directly to Belize. Describing the Central American country’s diverse locations with its pristine waters and lush jungles, Pack offered, “This is an opportunity to work with each other, to learn from each other and to do great things, not just for this generation but for generations to come.”

Added Deputy Prime Minister Faber, “Our goal is not only to engage stakeholders in the film industry so that they can know what Belize has to offer but also to allow visitors to experience the beauty of Belizean culture,” from its Barrier Reef eco system, its ancient Mayan ruins of Xunantunich, the geologic wonder, the Great Blue Hole, and most of all its warm and welcoming melting pot of people.