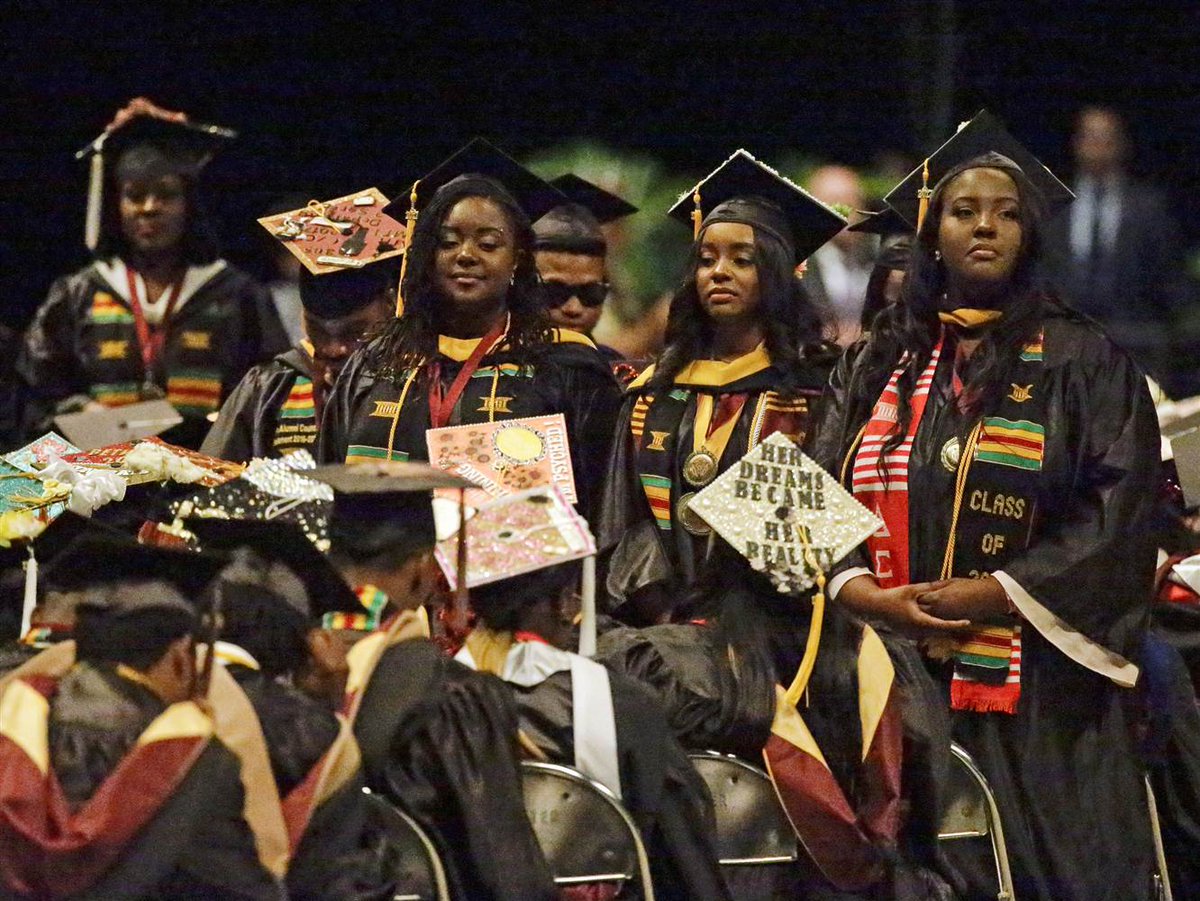 Bethune-Cookman University graduates booed, turned their backs and walked out during Education Secretary Betsy DeVos’ 22 minute commencement speech on Wednesday — all in an effort to make it known they didn’t want her, as a representative of the Trump administration, to speak on their special day.

One person was physically removed by police from the Daytona Beach, Florida, auditorium.

“If this behavior continues, your degrees will be mailed to you. Choose which way you want to go,” the school’s president, Edison Jackson, told the graduates.

For a little over a week, students and alumni have protested DeVos’ scheduled appearance as commencement speaker. Her remarks in February that historically black colleges and universities “are real pioneers when it comes to school choice” sparked outrage in the black community. The institutions were founded during the segregation-era when minorities weren’t allowed to attend the same schools as whites.

She walked back those comments, saying, “Providing an alternative option to students denied the right to attend a quality school is the legacy of HBCUs.”

DeVos faced backlash after her appointment of Candice Jackson as deputy assistant secretary in the Office for Civil Rights, someone who once said she was discriminated against for being white. And people expressed anger on social media on Monday after HBCU was spelled “HCBU” in a statement from DeVos on the Education Department’s website, an error that has since been corrected.

On Wednesday, DeVos pressed on with her speech, despite the boos.

“I am grateful for the opportunity to speak with you, and particularly with those who have disagreed with the invitation for me to be here,” DeVos said. “One of the hallmarks of higher education, and of democracy, is the ability to converse with and learn from those with whom we disagree.”

“And while we will undoubtedly disagree at times, I hope we can do so respectfully,” she said. “Let’s choose to hear each other out.”

Faculty stood in solidarity behind DeVos as she spoke, and Jackson stood with arms folded and eyebrows furrowed while audience members booed and graduates stood with their backs turned.