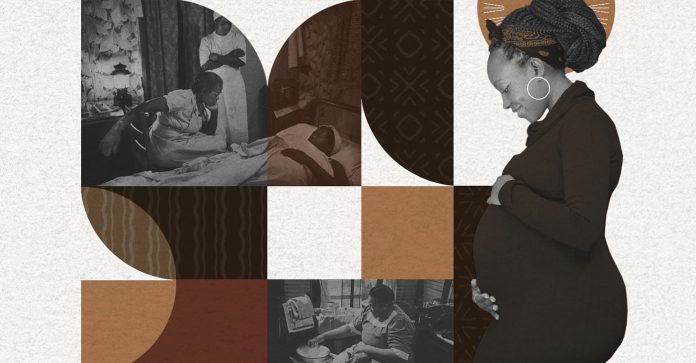 While California boasts one of the lowest pregnancy-related mortalities in the nation, the latest available data from the California Department of Public Health (CDPH) that covers the period of 2017-2019 shows that the pregnancy-related mortality rate is 47.3 per 100,000 births for Black people compared to 11.1 for White people, 12.6 for Hispanic people and 14.0 for Asian people.

Available data for maternal mortality rates across race/ethnicity for Riverside and San Bernardino Counties are not available for public access. According to a representative from the California Department of Public Health, the agency “does not publish pregnancy-related death counts or pregnancy-related mortality ratios (PRMR) by race/ethnicity at the county or regional level to maintain data confidentiality and ensure statistical stability,” but noted that across the state, Black birthing people “continue to have the highest PRMR.” 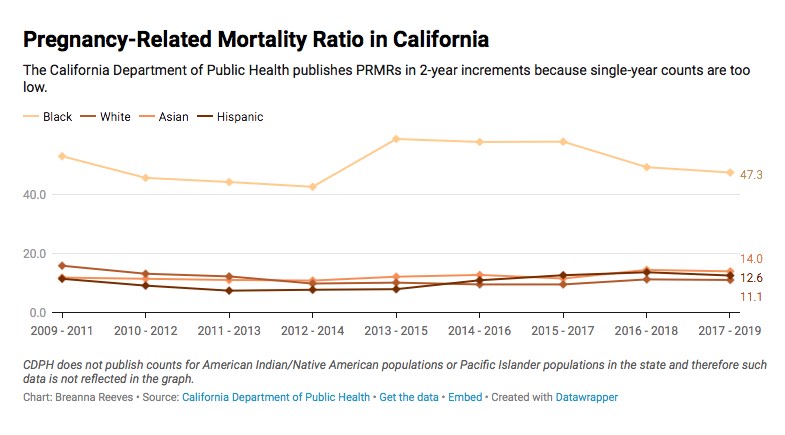 The disproportionate rate at which Black women and birthing people die from pregnancy-related deaths is not new to Black doulas.

Chantel Runnels has been a doula for 14 years, something she said she was “called to do.” Family history of fatal maternal health care, a desire to see public health care change and her own pregnancy experience served as catalysts for her becoming a doula. She was introduced to the Sankofa Birthworkers Collective, an Inland Empire-based organization, through a friend who is a midwife.

A midwife is an individual who is medically trained to assist with labor and delivery and provides prenatal, intrapartum and postpartum care, as well as family planning care. The Sankofa Birthworkers Collective consists of a well-rounded group of birthworkers including licensed midwives, postpartum doulas, lactation specialists, maternal mental health experts and midwives-in-training.

“To be around other Black women who may have secondary or tertiary lines of work that affect Black maternal health care or are directly in Black maternal health care was really attractive to me,” Runnels explained. “To be a part of a community of women who live across the [Inland Empire], who come from different demographics, but want to support each other and just wanted to come together was super attractive.”

Married for nearly 15 years and a mother of four, Runnels provides services to a diverse clientele, some who pay out of pocket for private services, others who receive free services through community-based programs like Sankofa or through insurance programs like the Doula Access Program.

Runnels explained that as the need for doulas grows, doula training is that much more important to help ensure that they are trained to meet the needs of the community and have the availability to serve clients.

“This is why compensation for doulas is important, too, because the wages that doulas are paid can’t really compensate for the availability that’s required for the job,” Runnels explained.

As the state began to recognize the invaluable services provided by doulas, legislation to implement doula services throughout the state was introduced prior to the start of the pandemic.

In February 2020, Majority Leader of the California State Assembly Eloise Gómez Reyes (D-Colton) introduced Assembly Bill 2258 which aimed to lower maternal and infant maternal mortality rates in California by launching a three-year Medi-Cal pilot program to provide doula services in 14 counties with the highest birth disparities. The bill fell through when the COVID-19 pandemic shifted priorities in March 2020.

The momentum to introduce legislation that addressed maternal mortality picked up again when Governor Gavin Newsom budgeted funding for a Medi-Cal benefit, which will allow doulas to be reimbursed for full spectrum care rendered to Medi-Cal enrollees. I​n order to add these services as a benefit, the Department of Health Care Services (DHCS) is required to submit a State Plan Amendment (SPA) to the Centers for Medicare and Medicaid Services (CMS) and receive federal approval — essentially an agreement between the state and federal government on how their Medicaid program will operate and assures the state will abide by federal rules.

Over the last year, DHCS has worked with stakeholders from across California including birthworkers, doulas and community organizations to develop a comprehensive SPA that specifies what doula coverage will look like under Medi-Cal, including the scope of services. Following the first draft of the SPA, a coalition of stakeholders made recommendations for an updated version of the SPA that requested the need for specific language to define doula care and services.

The letter recommended revising the definition of a doula to specify the types of services and support they offer. Part of the letter recommended that the SPA add: “The doula care provided will offer any and all aspects of full-spectrum doula care, including prenatal and postpartum or post-pregnancy doula care, continuous presence during labor and delivery, and doula support during miscarriage, stillbirth and abortion. Doula care includes physical, emotional and other nonmedical care.”

Alexis Robles-Fradet is a Health Policy Analyst at National Health Law Program (NHeLP) in Los Angeles, CA, and drafted the coalition letter in April. Alongside Amy Chen, a senior attorney at NHeLP and member of the stakeholder group, Robles-Fradet has published several reports about the components of successful doula programs and pilot doula programs in other counties as part of the Doula Medicaid Project, launched in 2018.

One of the biggest challenges with finalizing the SPA has been the reimbursement rate offered. The initial proposed rate was one of the lowest rates in the country. Upon receiving the first draft of the SPA from DHCS, the coalition noted in the letter: “We do not believe this benefit will be successful if the reimbursement rate is $450.”

With the high cost of living in California and the amount of time doulas spend with their clients, Robles-Fradet explained that $450 is not a living wage and would be a barrier to getting the necessary workforce to cover Medi-Cal patients. Medi-Cal covered more than half of all births in California in 2019.

“Doulas deserve to be paid a fair wage. I know we talk about [a] living wage, but I think we should shift into thriving wages, like they’re doing great work and they’ve been doing this great work for so long,” Robles-Fradet stated. “They know how to support their communities.”

Robles-Fradet explained that listening to the doulas and making sure that the benefit will be equitable for them are important factors that will contribute to the success of the Medi-Cal benefit.

“The doula stakeholders did emphasize to us that the length of service in terms of time that they were spending with individuals needed to be considered since doula services typically last significantly longer than other visits with a licensed practitioner,” said René Mollow, Deputy Director of Health Care Benefits & Eligibility.

“The majority of covered populations in our program here in California are served through Medi-Cal managed care plans,” Mollow added. “So, that’s where we would expect to see the bulk of the services being provided.”

Following several stakeholder meetings, feedback from birthworkers and Governor Gavin Newsom’s revised 2022-23 budget, California’s current proposed reimbursement rate has increased to $1,154 with one initial visit paid at $126.31, eight perinatal visits paid at $60.48 per visit and one labor and delivery visit paid at $544.28.

“California is such a large state. We have so many births a year. The cost of living for doulas and families in San Francisco varies greatly to doulas and families that are serving Barstow,” Runnels clarified. “And so, helping them understand that the original rate…was embarrassing. Even other states do better than that. And the rate that they’ve come to now is still embarrassing.”

There are more than 400,000 births each year in California which is roughly one-eighth of all U.S. births, nearly half of which are paid for by Medi-Cal, according to the California Health Care Foundation. Comparatively, in 2020, there were 39,817 births in Oregon. In June 2022, Oregon updated its SPA to increase the doula reimbursement rate to $1,500.

“I am so grateful for the work that the State Plan Amendment workgroup is doing to really work on this,” Runnels stated. “[But] also, it still does not reflect how critical the role of a doula is in addressing maternal health care in the state of California, particularly for those most vulnerable, which are Black women.”

Stakeholder meetings are ongoing as the group continues to discuss the SPA and work on developing a Provider Manual. DHCS plans to publish a public notice and formally submit the SPA in September.

This article is the second in a series produced as a project for the USC Annenberg Center for Health Journalism’s 2022 California Fellowship.