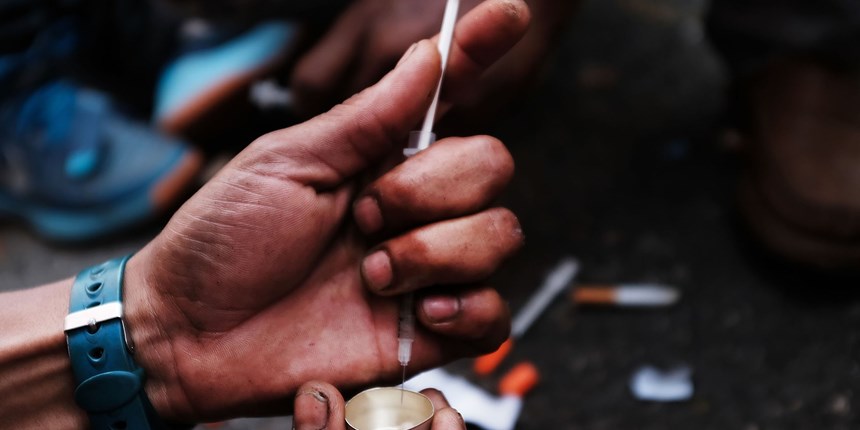 “Despair deaths” from drugs, alcohol and suicide have reached new peaks in the U.S. and are not just killing whites, but spiking in communities of color, as well, according to a new report released Thursday.

More than 142,000 Americans died from drug or alcohol overdoses and from suicide in 2016, an 11 percent increase over 2015, the report from the Trust for America’s Health and the Well Being Trust finds.

“These 142,000 ‘despair deaths’ in 2016 add to the more than one million Americans who died from drugs, alcohol or suicide in the previous decade,” the report reads.

While the increased deaths from opioid overdoses and suicide are well documented, the team that wrote the report say their analysis shows some troubling differences.

“We had been seeing increases in these trends among these individuals who are dying from drugs, alcohol and suicide,” said Ben Miller, a clinical psychologist at the Well Being Trust.

“But between 2015 and 2016 the racial differences popped out. We saw literally a 39 percent increase in deaths of people of color due to drug overdose,” added Miller, formerly of the Department of Family Medicine at the University of Colorado School of Medicine.

“That is unheard of. This stood out like, holy cow what is going on?”

“The substantial rise in deaths in 2016 puts the country past the ‘worst case scenario’ projection trajectory.”

“The substantial rise in deaths in 2016 puts the country past the ‘worst case scenario’ projection trajectory.”

“While drug overdoses were still highest among whites in 2016, there were disproportionally large increases in drug deaths among racial/ethnic minority groups, particularly among black Americans,” the report reads.

“In the previous decade, blacks had relatively low drug overdose rates — averaging 35 percent lower than whites between 2006 and 2015. However, between 2015 and 2016, blacks experienced an alarming increase — of 39 percent — in drug-related deaths.”

The opioid abuse epidemic is so bad that it has hit overall U.S. life expectancy. Life expectancy falls when people start dying at younger ages, and that’s what’s happening in the U.S. with opioid overdoses.

The National Center for Health Statistics has found that 63,600 people died of drug overdoses in 2016, and that in turn drove down overall U.S. life expectancy for the second year in a row.

Suicide rates have also soared. Sometimes, the causes are clear: just this week Puerto Rico health authorities reported that at least 103 people have committed suicide in the aftermath of Hurricane Maria, which devastated the island territory on Sept. 20.

The trends are related, Miller said.

“When we talk about deaths from alcohol, drugs and suicide, we recognize that there is a relationship there — that we can’t just look at the issue of suicide in isolation without tackling drugs and alcohol because the data show that they are related,” he said.

And now the epidemic has engulfed Latinos and other minorities across the U.S., the new report finds.

“Latinos and Asian Americans also historically have had relatively low rates of opioid and synthetic opioid drug overdoses and saw disproportionately large increases between 2015 and 2016,” it reads:

If deaths continue to increase at the same rate, more than 2 million people could be dying from drug overdoses, suicide and alcohol abuse over the next decade, the report projects.

“The substantial rise in deaths in 2016 puts the country past the ‘worst case scenario’ projection trajectory,” it says. “This would mean more than 287,700 individuals could die from these three causes in the year 2025, double the current number who died in 2016.”

“People will continue to die until we come up with a systematic approach to take care of them,” he said.

“We talk about creating a national resilience strategy. How can we go into communities and see so much more than presence or absence of disease, but begin to take into account the social factors, to actually take care of people’s pain in more comprehensive ways instead of just treating them like a diagnosis or just labeling them as having some problem.”

Mental health reform is an obvious place to start, Miller said, but better strategies are also needed for treating acute and chronic pain.

“There is acute pain, there is chronic pain and sometimes there is this more emotional pain,” Miller said.

“They might be medicating the pain they feel from their family, from their community, from the trauma they suffered.”