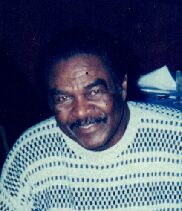 Edward (Monty) Williams of San Diego, California, passed at the age of 87 on the morning of December 19, 2021.  He was born on Easter Sunday, April 1, 1934, in El Campo, Texas. He was the eldest male of nine children born to the union of Verna and Collie Williams. In 1946, his family moved to San Diego, where he graduated from San Diego High School. In school, he was a 400-meter specialist and member of the choir.

Edward was a gifted athlete as well as entertainer. He was a member of the original Platters, Hollywood Flames, Colts, and other music groups of the late 50s and 60s.

As late as 2016, he was touring with the Platters Reunited. The constant travel began to be a real drain on his time, resources, and energy, so he decided to retire.

Edward was a very giving and caring person and was always there for anyone who needed his help including his mother, brothers, sisters, grandchildren, and great grandchildren, without hesitation or delay.

He and his wife Patricia, who preceded him in death, were partners for over 67 years. Together they owned and operated the Williams Snack Stand and Florist on Ocean View Boulevard across the street from Memorial Park.

He leaves behind to cherish his memory his daughters, Celeste White and Carmen Celestine, son, Amar Evans, his sisters, Gloria Williams, Loretta Freeman, Cleopatra Russell, and Frankie Wells (Walter), and brother, Tex Williams, 13 grandchildren, 11 great grandchildren, as well as a host of other relatives and friends.

He will be cherished in our hearts forever.