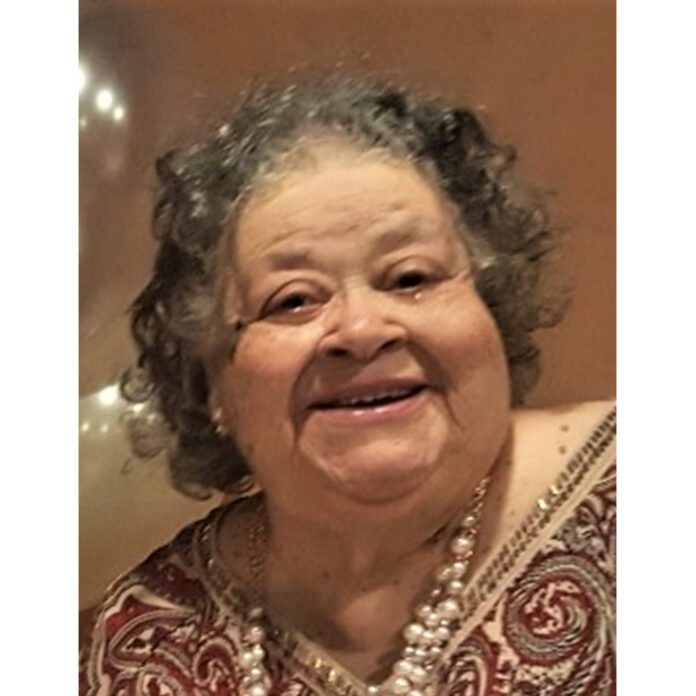 Elizabeth Clark Adams, known as Bobbi, was born October 27, 1927, in Chicago, Illinois to Marjorie and Daniel Clark. Bobbi’s days were filled with playing and mischief along with her sister Marian. After the passing of their mother, Daniel married Icema Tyndall. Her sister Danielle Clark was born, the three girls enjoyed a close sisterly relationship.  Bobbi attended Morgan Park High School. Soon after graduation, Bobbi met and married Richard Van Adams. They had two girls, Lynne and Jennifer. The family lived in Chicago. Bobbi took pride in home-cooked meals, assisting in soul-food catering from time to time.  Bobbi took a job as a nursery school teacher at Altgeld Nursery School.

The family moved to San Diego or “The Big S.D” as Bobbi affectionately called it.  “The Big S.D.” checked all boxes including a warmer climate and Van’s lifelong dream of living by the beach.  Bobbi, Van, her daughters Jennifer and Marian left Chicago.  Bobbi embarked on serving God at Pacific Beach Presbyterian Church and working with children with special needs at Springall Academy.

Once they were settled in San Diego, everyone was welcome in Bobbi’s home; church members, community members, friends, and especially family. San Diego soon became Chicago West. Throughout the years, Marian’s daughters Julanne, Yasmin, and Leigh have also lived in “The Big S.D.” Surrounded by family, Bobbi knew that San Diego was truly home.

Bobbi leaned close into the Grace and Strength of God as she endured outliving many of her loved ones. Bobbi started a new chapter in her life when her granddaughter Singleton welcomed her into her home in New Jersey. There Bobbi found new friends and a welcoming church.