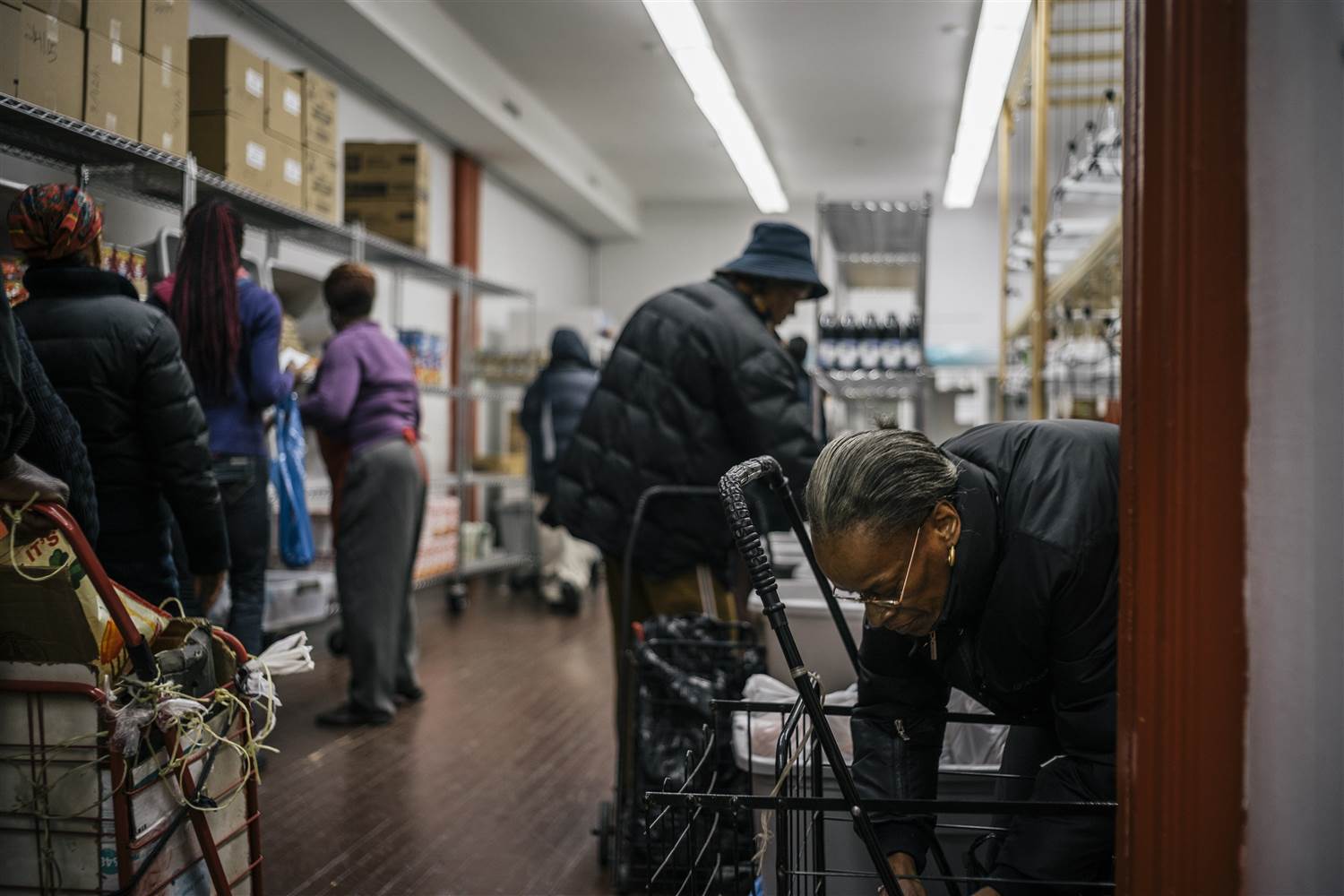 The nation that feeds the world has trouble feeding itself.

Few places know this as well as the CAMBA emergency food pantry on Church Avenue in Brooklyn, New York. The pantry is down the street from a pawn shop and a Kennedy Fried Chicken, across the park from posh Park Slope, and miles away from Manhattan, where, it’s said, the food donations are better.

National food insecurity rates went virtually unchanged from 2012 to 2013, the latest available figures from the USDA, at 15.9 percent and 15.8 percent respectively. The number, a measure of whether all household members have access to enough food for an active and healthy life, hasn’t returned to its pre-Great Recession levels of 11 percent. That means over 49 million Americans still aren’t getting enough food to eat.

“While we’re starting to see some improvements in the economy, food insecurity stays at stubbornly high levels,” said Elaine Waxman, head of research for Feeding America.

At the Church Avenue food pantry, patrons scramble as a bag of potatoes breaks. A volunteer uses a bullhorn to keep the line of mostly black retirees, single mothers, low income housing tenants and homeless in check.

They enter CAMBA in small groups at a time, up a hand operated elevator, to a small storeroom halfway lined with a corridor of wireframe shelves. Today they can choose from the donated spaghetti, rice, juice, canned sardines, cereal, onions, beets and potatoes. The other half houses tables and lights for a hydroponic garden for fresh vegetables for the clients, but a leak in the roof has caused all the plants to be removed.

The pantry does its best to feed the forgotten, said pantry coordinator Lucila Santana, and guide them towards nutritious choices. But they are at the mercy of others’ generosity and the cupboards get lean over the winter. The district the pantry serves has a 22.3 percent food insecurity rate, according to the Map the Meal Gap 2015 report by food bank network Feeding America, released Tuesday, six-and-a-half points above the national average. That ranks it among the top 30 most food insecure districts in the country.

CAMBA is one of over 60,000 food pantries served by Feeding America that helps fill in some of the gaps left by reductions to federal food stamps, known formally as the Supplemental Nutrition Assistance Program or SNAP.