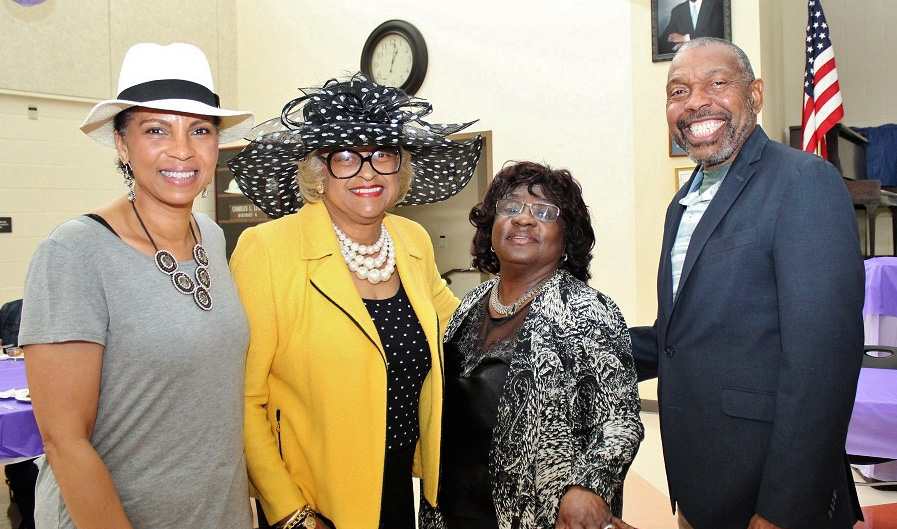 On Friday, May 13th, many gathered at the Fourth District Seniors Resource Center at the George L. Stevens Senior Center to celebrate Older Americans Month. Established in 1963, at a time when only 17 million living Americans had reached the youthful age of 65, with a third of them living in poverty, President John F. Kennedy along with members of the National Council of Senior Citizens saw fit to designate May as a month for our country’s seasoned citizens.

At the resource center under the direction of Ms. Rosemary White-Pope, its Executive Director, community members and seniors who frequent the center, celebrated the month under the theme of “Blaze a Trail.”  Ms. Pope opened the event sharing “Today, we are acknowledging our perennial adults, our seasoned seniors that are aged to perfection.” Friday was a hats off salute to the seniors and the center’s partners who keep the facility’s doors open. “We’re having a hats off salute to our community partners, and saying thank you,” shared Ms. Pope. Many community supporters greeted the seniors with a welcome at the podium, sharing how important their lives and the center is to the community. Fourth District Councilwoman, Myrtle Cole shared “It’s always emotional and hard to be here, because I always remember Charles Lewis,” who once represented the 4th District as a Councilman before his sudden passing. “You’re always so beautiful and decked out,” Cole added, sharing that the seasoned seniors remind her of her mother.

Attendees were able to enjoy food from the delicious menu that is served to the center’s seniors daily, which for Friday’s event, consisted of catfish, potato salad, steamed vegetables and tasty desserts, including peach and cherry cobbler.

The event culminated with a hat fashion show, in which participating seniors were able to parade in front of the community judges, donning their most stylish hats, keeping in the vein of “hats off.”

Established in 2002, the Fourth District Seniors Resource Center has worked to enhance and embrace the quality of life for San Diego’s elderly by offering them a safe and wholesome environment, in which they can continue to thrive and flourish. For more information on the center, contact (619) 266-2066.

Wear a mask! OK, but what kind?