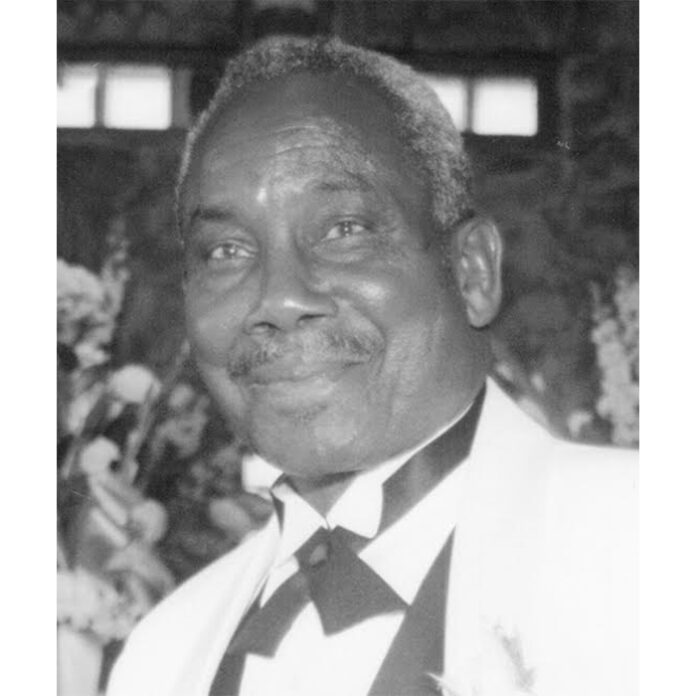 Harvey Recia Jones, Sr., was born July 20, 1924 to Bennie & Luella Jones in Midlothian, Oklahoma.  He was the seventh child of eight children.

Harvey attended Fredrick Douglas High where he drove the school bus for his classmates.  While driving the school bus, a high school Beauty Queen named Maxine somehow found a way to “own” the seat behind this handsome blue eyed young man… and the rest became history.  On May 20, 1944 at the age of 17 and 19 they became one.  Maxine became his “Tootsie”. Their marriage lasted 75 years.  Eight children were born to this union.

Harvey was drafted into the Army.  After serving his time in the Army he accepted the calling from God to become a Pastor. On October 12, 1952 he was ordained as the Pastor of The Church of the Living God (C.W.F.F.), Temple Number 44, Fresno CA.  The young couple along with three little ones later moved to San Diego, CA. The church name was later changed to Church of the Loving God. He was a dedicated Bible teaching Pastor for 40 years.  After his retirement from the ministry, he served under his son Harvey Jones, Jr. until he could not serve any longer.

Along with being a minister, Harvey went on to study Greek and Hebrew at a local college, he had a Biblical segment on the radio, he owned a  plumbing business, several income properties, and started Harajo’s Janitorial Service. He was a humble man who never talked about his accomplishments or looked for accolades.  He had a deep love for his children, grandchildren, nieces, nephews and members of his flock. Everyone that knew him felt his love.