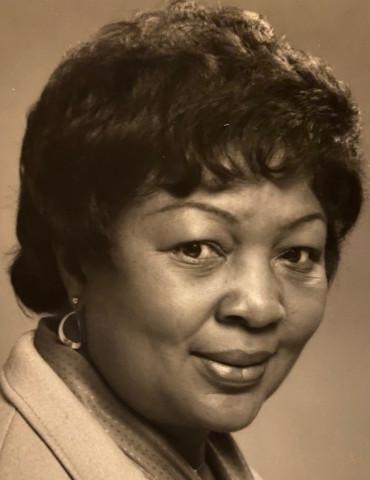 Funeral services were held on 11/01/2022 at Bethel Baptist Church, with a burial following at Miramar National Cemetery. Final arrangements were entrusted to Anderson Ragsdale Mortuary.

Helen Dallas was born on March 16, 1930, the second of two daughters born to the union of James Henry Thompson and Beulah Mae Dyer-Thompson in Gibsland, Louisiana. She was raised in a loving Christian home with her older sister, Jessica. Helen accepted Christ and was baptized at an early age. The Thompson family moved to Blythe, CA in 1944 before settling in San Diego, CA.

Helen was educated at the local school district in Gibsland and graduated from Point Loma High School in San Diego. She continued her education at Associate College and studied business and clerical work.

On January 6, 1966, Helen married the love of her life, Gunnery Sergeant Olanders S. Dallas. Raising their three daughters, Paula, Brenda and Joyce, serving God faithfully at Bethel Baptist Church. Helen was known for her amazing cooking and baking skills, as well as having a keen eye for style. She was a sharp dresser and always made sure her husband was too. In 1985, Helen said goodbye and retired from her position with San Diego Gas and Electric Co.

Helen loved the Lord and made it her life’s work to serve Him. At Bethel, she served faithfully as a Deaconess, President of the Pearl Frye Missionary circle, and Altar Guild for many years. Due to her dedicated work with the church’s missionary effort, Helen was honored by the Center for Hundredfold Living Honors luncheon for “Outstanding support of global mission 2011.”