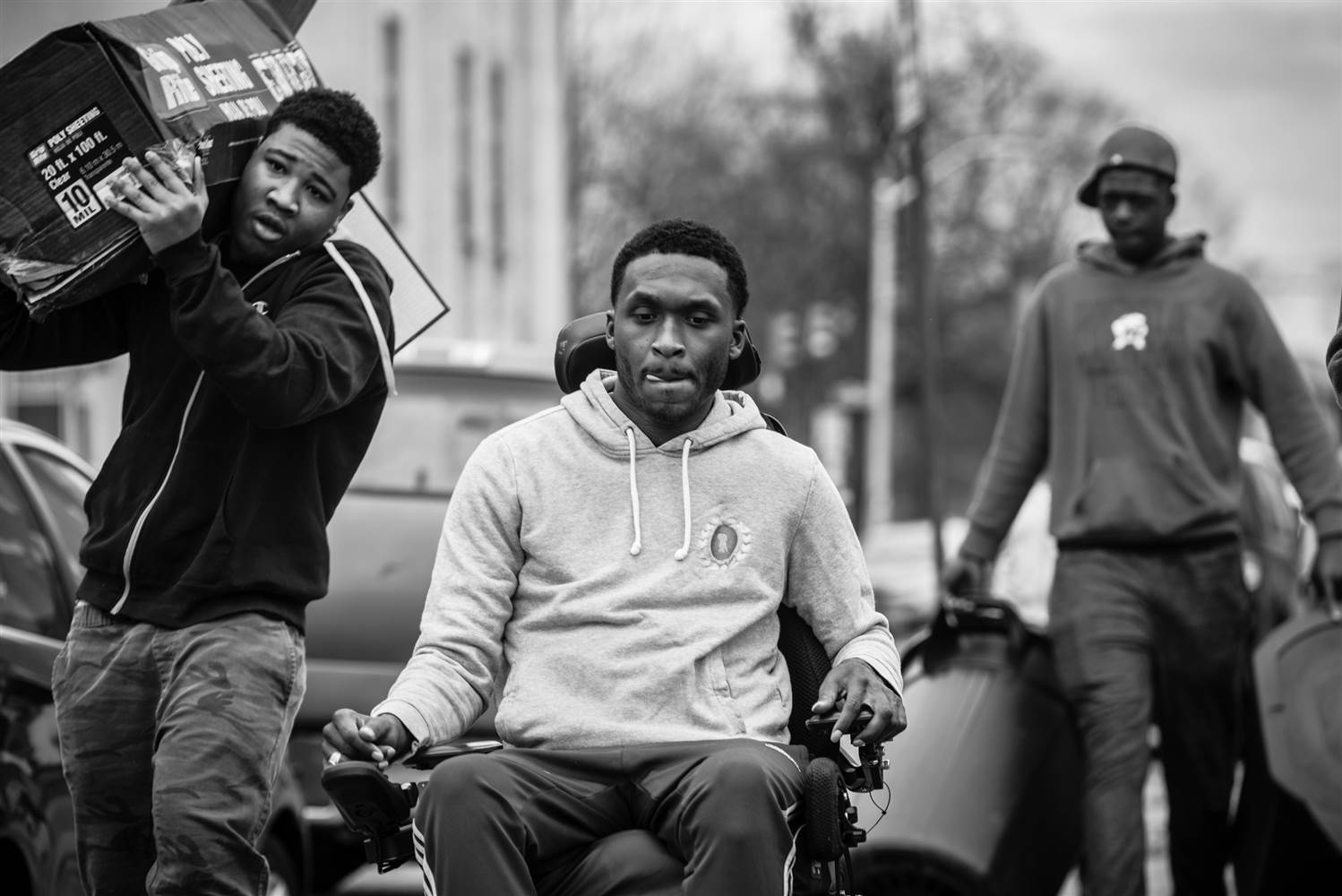 On a balmy afternoon in West Baltimore, Van Brooks and an exuberant gaggle of adolescents have gathered outside on a city sidewalk, preparing to race a soap box derby car.
The youngsters worked together to design, assemble and decorate the mini vehicle while learning about engineering at the SAFE Center, a community haven for youth that Brooks opened in 2015 in the neighborhood that he’s long called home.

“Are you ready?” he hollered to the kids, before deftly navigating his motorized wheelchair down the street towards a makeshift finish line. Amid shrieking and laughter from the children, the compact car—driven by a slender, brown boy who appeared ready for speed—lurched forward tentatively on its practice run. Everyone cheered.

Afterwards, Brooks—with gleeful young people running alongside and behind him— plus two staffers carefully monitoring traffic—made his way towards the center, skillfully traversing a ramp that led up to the front door. He smiled, clearly grateful that his young charges had enjoyed a fun afternoon and were back inside, safe and sound.

The SAFE Center is housed in a renovated building situated in the shadow of an elementary/middle school and public housing. As the name suggests, it offers a sanctuary of hope. The visionary young man behind it grew up in a loving family who lived in a struggling neighborhood. He witnessed crime, drugs and social perils that plague many urban communities nationwide.

Education provided a new perspective. Thanks to scholarships and hardworking parents who sacrificed to pay tuition, Brooks landed in parochial schools. The environment was one in which academic expectations were high, and young men wore blazers and ties to class.

“I didn’t want to be there. It was culture shock at first,” said Brooks, 29, in an interview with NBC News. “But I saw a whole different side of life.”

As a standout football star at an all-boys Catholic prep school, the trajectory of his life seemed focused on sports until his universe shifted in September 2004.

On a crisp fall day, as his mom and fellow fans watched from the bleachers, a seemingly routine tackle turned tragic. The three-star athlete who excelled at football, basketball and lacrosse remembers hearing a loud crack!, then lying on the field, conscious but motionless. “My head collided with the runner’s knee, which broke my neck in two places, and left me paralyzed, initially, from the neck down.”

Brooks was evacuated by a medical chopper to the University of Maryland Shock Trauma Center in Baltimore, undergoing surgery to relieve the pressure on his spine.

“And when I woke up, I was unable to do anything: talk, eat, breathe, and of course, move.” His spinal cord, while not severed, was compressed. Doctors told the then 16-year-old that he’d be paralyzed from the neck down for the rest of his life.