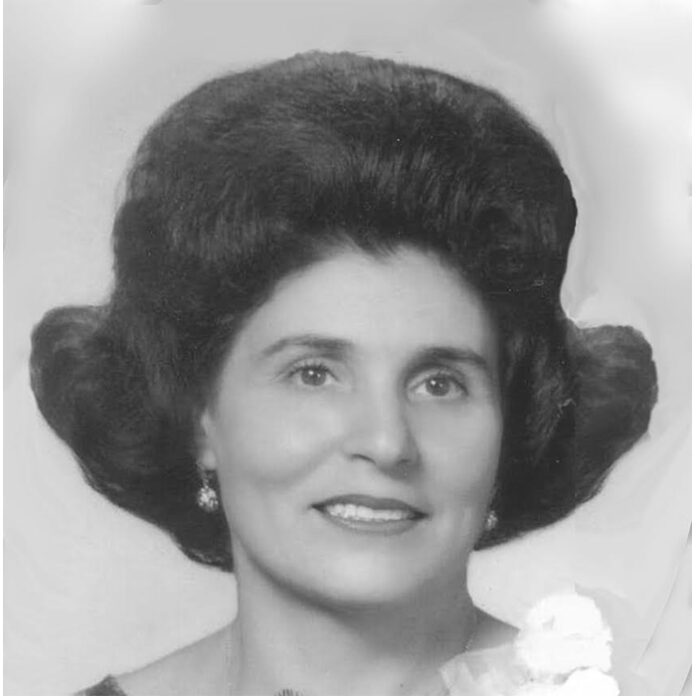 On Christmas day in 1922, Josie was born Giuseppina in the small town of Alcamo, Sicily.  She was the fourth of five girls born to Vincenzo and Ninfa Lo Monaco.  Giuseppina was named after her Grandfather Giuseppe, but they all called her Josie.

As a young girl she and her sisters took care of her Nonna Maria who was bed redden for 14 years.  She enjoyed playing the role of Mary when her Aunt Rosa had the yearly event for St. Joseph.  She attended church so much and participated in Mass, choir, and other activities, that everyone was sure she would become a nun.

As children her and her sisters learned many useful skills, sewing, knitting, crocheting and cooking. She became so skilled at crocheting, a business developed.

Josie met her future husband Frank Mistretta at her sister Maria and Frank’s older brother Saverio’s wedding. She was 12 years old and he was 13 years old.

When World War II broke out, Frank was drafted into the Army, before he left, he whispered in her ear, “Don’t you get engaged”.  She only shared it with her mom, so when any suitor came, her Dad would say “no engagements till after the war, don’t want my daughter to be a widow “.

True to his word they got married on Nov. 29th 1947.  They had two children Benny and Lena. After 8 years of marriage, they finally received their Visa to come to America.  The family arrived in Detroit, Michigan in December, 1955.

After 3 years of Detroit winters, she developed severe pneumonia.  In February of 1959 her husband traveled to San Diego, California. When he arrived, he called and told her to sell everything in the house and “get out here “.  After a long train ride, she and her two children arrived on the day before Easter, March of 1959.

She continued to be creative with her hands from sewing at Ratner’s factory to Baking Bread for St. Joseph’s Feast Day.

Loving her Family became her whole life after the passing of her husband in 1980. She lived to care for her two children, five grandchildren and seven great grandchildren.
Although She never had a formal Education, she had many years of Wisdom, Enthusiasm, and Knowledge to share. She would always say in Italian “do good and forget about it, do bad and think about it “.

Crocheting, Cooking, and Gambling were her three favorite things she enjoyed.  As a family they all learned to play poker for the holidays and weekends.  She was a fantastic cook, no one could come over without her making them sit and eat. (Thank you for being a good cook.)

On March 12th at 7:30pm The Lord Called her home.  At 98 years of age, She passed peacefully in her sleep.  She had a lifelong prayer, “Lord take me after being ill for 3 days and in my sleep “.  Her prayer was answered.  (We Love you Mama!)