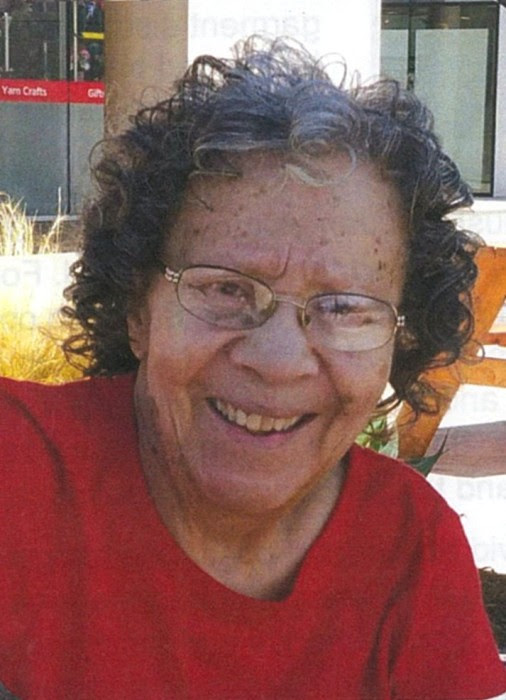 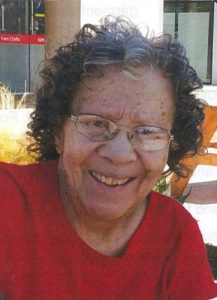 Juanita Johnson was born on September 19, 1923 in Cambridge, Massachusetts, the youngest child of Lola Harrell. She studied at the New York trade school for the fashion industry and enjoyed the excitement of working in the New York garment district in the 1940s with the hustle and bustle of people running down the sidewalks with racks of clothes.

Juanita and her husband James moved to San Diego in the early 1950s, where they adopted their son, Edward. Fourteen years later, she gave birth to her daughter, Mary. She also continued to work as a seamstress in San Diego at Ratner’s Clothing, in the cafeteria in her children’s school, and as babysitter/caregiver for friends and family throughout her life. She was a member of the 61st and Division Street Church of Christ and taught Sunday school at church for 30 years.

Juanita was an avid bowler and continued to bowl into her 80s. The last twenty years, Juanita was redubbed Maa-ma by her grandson and that name stuck with close friends and family, and she became the go-to babysitter for grandchildren, Matthew and Jasmine. About four years ago, the tables turned, and her grandson, Matthew, moved in with her to give her the support she needed. Her health started to decline rapidly this summer and toward the end, she was in a fair amount of pain. She passed away quietly in her sleep in her own home on October 30, 2017 at the age of 94.

Juanita was a fun gregarious woman, who loved interacting with friends, family, and practically anyone who would talk to her. She was both a people person and a people watcher. She loved to got to Horton Plaza or even Comic-Con (before it got crazy) and just sit and watch people go by. When her daughter was dating and would go to the latest blockbuster movie opening night, Juanita would often tag along and laugh and scream with the young folks. While many older people are judgmental of the way people dress and act, she just laughed and relished their youth. She loved and cared for all around her.

Memorial Service was held Tuesday, November 7, 2017 in the Memory Chapel at Anderson-Ragsdale Mortuary.