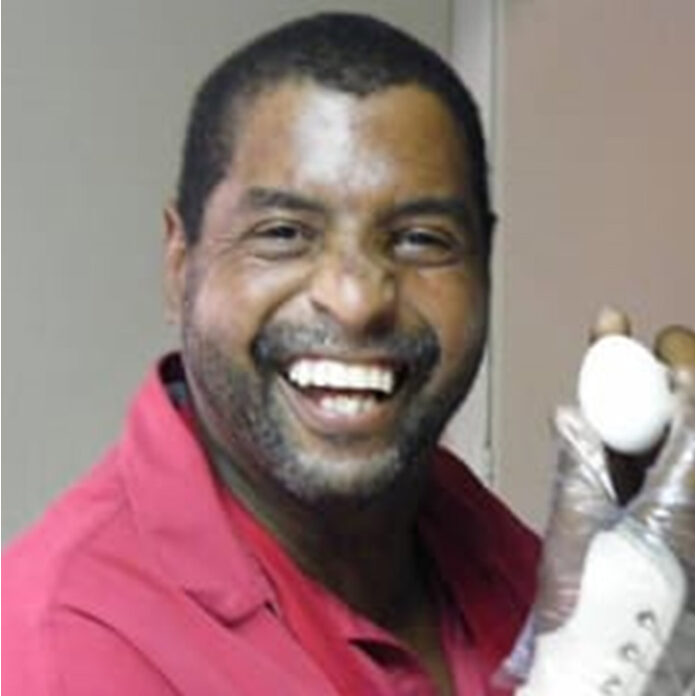 Memorial services will be held on July 15th, 2021, at St. Paul United Methodist church 10:00 am. ,final arrangements were entrusted to Anderson Ragsdale Mortuary.

Karl Andrew Mullins was born on March 6, 1959 in National City, CA to Willie & Nora Mullins who preceded him in death.  He was the 3rd of 4 children, born as the youngest identical twin.

As a child Karl and his twin brother loved to switch their color-coded shirts to fool their mother. He attended Mount Miguel High School where he was Student Body President, a track star and was known to paint the football banner for the team. He attended Grossmont College he trained and became a volunteer firefighter then was hired at Lemon Grove Fire Department where he worked for 15 years then retired.  After leaving the fire department he worked as cable installer & airline fueler.

Karl met his wife while he was inspecting the fire extinguisher in her classroom. He enjoyed volunteering and doing fire presentations at the Lemon Grove elementary schools. He was a member of St. Paul UMC and part of the Men’s Group, Chancel choir, the Men’s choir director, Culinary Committee and he also implemented a program for men’s choir to visit the shelter on a monthly basis.  Karl & Sherry were married for 30 years.

Karl enjoyed cooking and some of his famous dishes were crab enchiladas & peach cobbler. He was known as MacGyver, Mr. Gadget & Mr. Logic by his wife and kids because he could fix any problem all while telling you the story of the problem.