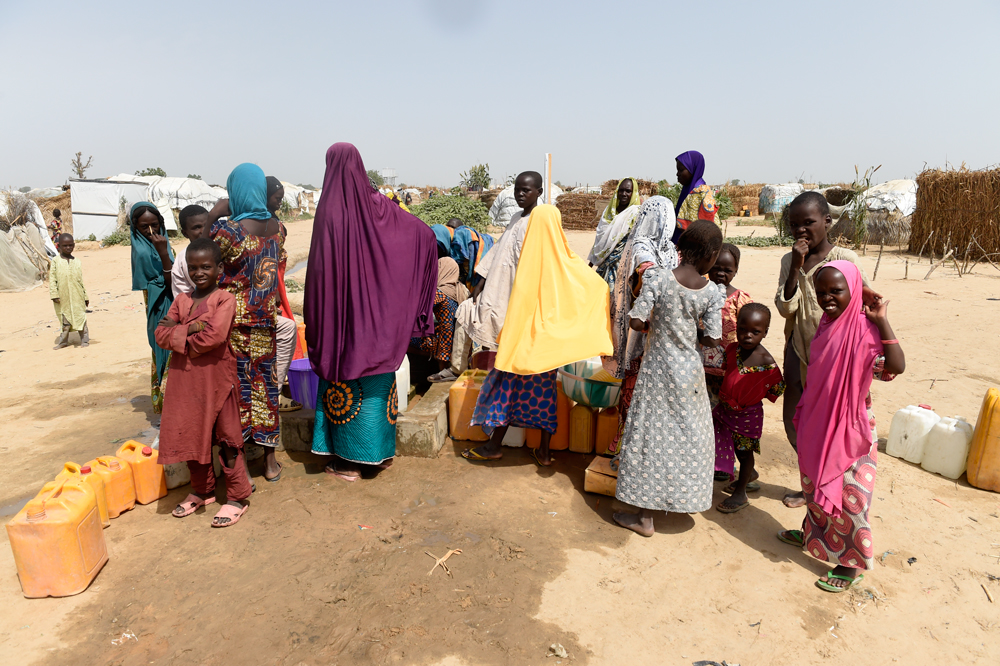 Following an 8-year conflict in north-eastern Nigeria, two-thirds of health facilities have been completely or partially destroyed leaving some 3.7 million internally displaced persons (IDPs) at risk of life-threatening diseases. In Borno State, the number of malaria cases and deaths has soared, particularly among young children. WHO recently launched a special campaign aimed at rapidly reducing the malaria burden among children under 5 years of age. Dr Pedro Alonso, Director of the WHO Global Malaria Programme, explains.

When did WHO first learn that malaria was the number one killer in Borno State?

Sometimes a major disease like malaria can fall into a blind spot in the context of a humanitarian crisis. That was the case during the Ebola epidemic where, in many affected countries, malaria killed far more people than Ebola itself. During the 2016 yellow fever outbreaks in Angola and the Democratic Republic of the Congo, malaria was again the primary cause of death.

Fast forward to the crisis in Nigeria which has left millions of IDPs across Borno State with limited access to basic health care. By the end of last year, state health authorities were reporting that about 50% of all deaths were due to malaria. These reports were confirmed in early 2017 by a WHO emergency surveillance system.

How did WHO respond?

Based on confirmed data and on-the-ground intelligence, we took swift action. In collaboration with the Borno State Ministry of Health, WHO developed a framework that aims to dramatically reduce malaria mortality in the region, particularly among children under 5.

Recommended actions include: preventing malaria through the use of bed nets and by spraying insecticides on the inside walls of shelters; treating malaria by expanding access to health facilities for at-risk populations; and improving data collection through strengthened surveillance systems. WHO is working closely with the Borno State Ministry of Health and partners to make progress on all of these fronts.

As part of the initial response, the framework also recommends the use of monthly rounds of age-targeted mass drug administration (MDA), a WHO-recommended approach for rapidly reducing malaria mortality and morbidity in complex emergency settings. Through MDA, all individuals in a targeted population are given antimalarial medicines (often at repeated intervals) regardless of whether or not they show symptoms of the disease.

Beginning in July 2017, WHO teamed with local health authorities on the launch of a special, time-limited MDA campaign aimed at saving lives of under-5 children in high transmission areas of Borno State. Through the campaign, which runs until November, children in 5 targeted areas are receiving monthly rounds of antimalarial medicine.

This emergency MDA campaign is similar to another programmatic approach recommended by WHO in Africa’s Sahel subregion known as seasonal malaria chemoprevention (SMC). In the context of the Borno State humanitarian response, the terms MDA and SMC are being used interchangeably.

What, if anything, is unique about this campaign?

While chemoprevention is a known malaria control intervention in many parts of the Sahel, this is first time it has been implemented in Borno State. The current campaign also marks the first time that antimalarial medicines have been delivered on a mass scale alongside the polio vaccine in an emergency humanitarian setting.

WHO teams in Borno State are leveraging the existing infrastructure and machinery of the polio campaign to reach children at high risk of malaria, including in very remote areas. This integrated campaign with WHO’s polio and health emergency teams is an example of unprecedented collaboration to tackle the leading cause of death in a displaced population.