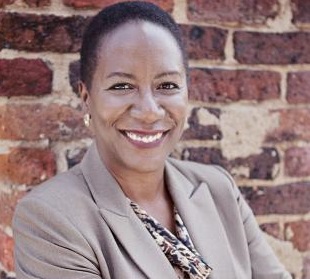 RICHMOND, Va. — On a hot July morning, Christy Coleman recounts the tales of hundreds of slaves who worked at the Tredegar Iron Works, a foundry located along the James River and a national landmark where weapons of the Confederacy were made during the Civil War. As she describes the burning of Richmond, Coleman explains how the ironworks survived and represents a tangible part of American history.

Contemplative, she looks around the 9-acre property. A natural born storyteller, she is animated as she details complexities of Civil War history that took place where she stands.

“History is all around us, we are living in the midst of our history, the question is how do we choose to navigate it?” said Coleman, who became the president of the American Civil War Center at Historic Tredegar in 2008.

The museum has three locations: Historic Tredegar, the White House and Museum of Confederacy, and the Museum of the Confederacy in Appomattox, Virginia. It is the first museum to offer the point of view of not only the Union and Confederacy, but also also that of the millions of enslaved persons, free and unfreed, that were involved in the war.

While her work as a historian is rooted in the past, her job as CEO of the American Civil War Museum is to ensure the conversations surrounding the Civil War are moving forward. She prides herself as one of the few black women to head a Civil War museum. She said diversity in leadership roles like hers are crucial, especially when it comes to how stories throughout history are told.

“Diversity simply means there are new questions that are being asked. That in and of itself is invaluable,” Coleman said. “You can’t say you’re being diverse if you have everybody that thinks the same thing regardless of what they look like. That’s not diversity, that’s just shading.”

Since assuming this role, she has learned to navigate the challenges and preconceived notions that come when a black woman is in charge of the storytelling of a war where her ancestors had no rights — including claims that she was going to “bash the Confederacy.”

“I said no. My job as a public historian is for you all to make those judgments for yourselves,” Coleman said. “My job is to lay out stories you may not have considered or heard before and provide an environment where people can learn and explore. And that’s what I do and I do that fairly well.”

Coleman has been intrigued by history since she was a child. Growing up in historic Williamsburg, Virginia, home of the state’s capitol during the 1700s, she was surrounded with history. She got her bachelor’s and master’s degrees from Hampton University where she focused on museum studies.

Coleman started her career as a college student at the Colonial Williamsburg Foundation as a living history interpreter and worked her way up to become director of African-American interpretations and presentations. It was in this role that she experienced the “highlight” of her career in 1994 when she orchestrated the reenactment of a slave auction.

“It was time,” she said. “We’d been interpreting African American history for 20 something years at that point and we had been doing the programming where you go and hear the last moments of the families together before they are sold, but we never crossed that line.”

The auction drew both national attention and widespread criticism when the Virginia chapter of the NAACP tried to stop it from happening.

“I want to push the envelope so people can care….I not only want to make them care, but understand.”

Over 2,000 people gathered to watch the sale of four slaves at a 1774 state auction reenactment where Coleman herself played the role of a slave who was to be sold. Looking back, Coleman says she has no regrets and although it was “one of the most gut wrenching things” she’s ever done in her career, it opened the door for more conversations about slavery at other museums.

“After it was all said and done, people were weeping and glad that it happened. And it was a sea of change for museums,” she said. “The word was, ‘if Williamsburg can depict that, certainly we can talk about it at our sites and on our tours.’”

Since then, Coleman has been on a mission to educate others about untold stories of African-Americans and keep their stories alive. In 1999, she left Williamsburg and headed to Detroit to become president and CEO of the Charles H. Wright Museum of African American History, where she was instrumental in the creation of the 22,000 square foot exhibit “And Still We Rise.”

The Civil War was not Coleman’s interest at first, but she was drawn to the complexities and history of the city involved in it. It is a decision she doesn’t regret and, since becoming head of the American Civil War Center at Historic Tredegar, she has reshaped conversations of how the Civil war has been discussed.

Coleman wants to give visitors the chance to the understand the war from all sides and keep the conversation open on others who were impacted, including members of the LGBTQ community and women. She says black people avoided talking about the Civil War for a long time because the narrative of the war was taken away from blacks.

When Kids Under 5 Get COVID-19, Parents Are Screwed