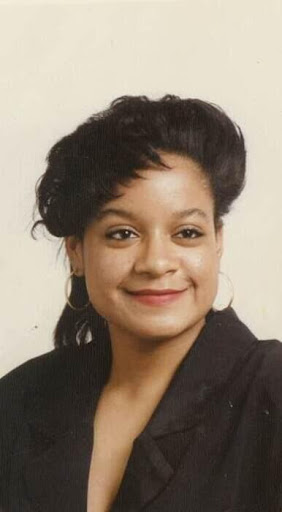 Melika Elaine Fluker was born February 23, 1974 to Deborah Elaine Houston and Eugene Fluker in San Diego, California. Melika began singing at the age of 3. Her first public performance was on a train headed for Lake Charles, Louisiana singing her rendition of Sesame Street’s “Sing a Song”. She received a round of applause as she took her bows! After returning to San Diego, she made her theatrical debut in the Musical production “Celebrations, An African Odyssey”, at the San Diego Marquis Theater along with her mother. She performed with the Bay Vista Dance Theater, founded by her mother. Melika worked With 5 different choreographers in a variety of dance styles including clogging, line dance, Japanese traditional dance, Jazz African dance and tap. After being diagnosed with Lupus in her late teens, she did not let the illness dictate her future.

Melika was not only talented, but she excelled in high school and College. She went on to become a pharmaceutical technician and later motivated by her love for young children, she became a preschool teacher at the Neighborhood House.

Melika’s next travel experience was to accompany her sister Rosie to New
York for a “Show Choir Competition”.

Melika also enjoyed Assemblies and Conventions of Jehovah Witnesses as well as listening to Bible based talks to expand her knowledge of God’s word. As she got older, she traveled from place to place and enjoyed the hospitality of many relatives and friends.

On her “good days” those who had the opportunity to spend time with her experienced song, dance, and joyful laughter. She loved long drives and enjoying the scenery while listening to her favorite music along with good food!