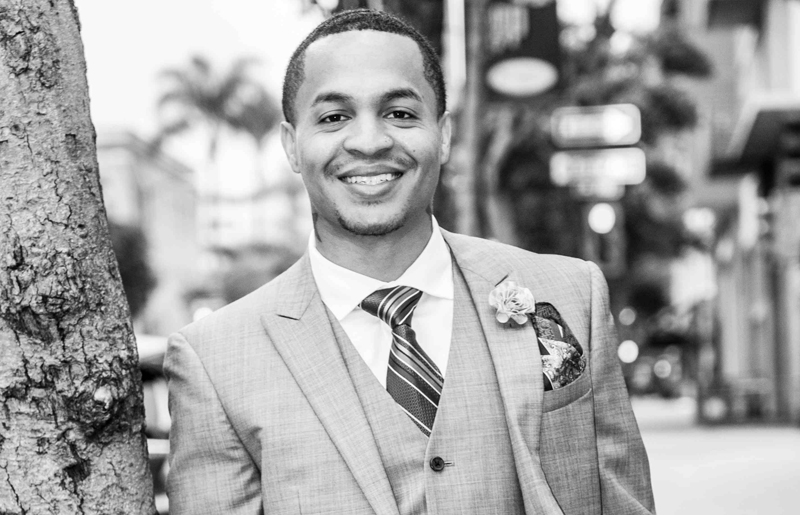 Imagine what the world would be like if the majority of corporations in the world linked their success with the amount of good they could create. San Diego native Terry Josiah Sharpe has adopted a for profit business model with the soul of non-profit in his venture Music.Life.Change.

Sharpe, 32, joined the armed forces after 9/11 as a military police officer. It was his first attempt at making an impact on the world through service to his country. After getting out of the military in 2007, the young dreamer wanted to find a way to leave his mark on the world doing something he loved.  Sharpe attended the University of Texas at El Paso and graduated with degrees with Creative Writing and Music History. He moved back to San Diego in 2012 and after collaborating with friends on a business idea, the group dissolved and he decided to branch off on his own. Sharpe began his own company called Music.Life.Change, incorporating three of his passions into the business model.

“I was told if you ever start a business where you’re making money, there’s only one reason why you should do it and that’s to change the world for the better,” Sharpe said. “I felt very comfortable about being able to create a business built on the foundation of gratitude.”

The Music component is used by the company to create songs for non-profits to bring awareness to the causes they serve as well as jingles other companies can use for marketing. Sharpe has been involved with music since his childhood and credits it as the primary source of his happiness. He uses his degree in Music History coupled with his aptitude in the drums, piano and trumpet to fuse his passion with a greater purpose.

The Life component of the company facilitates gratitude workshops for HR to keep employee engagement and retention rates high. Speakers discuss and communicate how the companies that hire employees are grateful for them.

The Change component partners with non-profits to create products to aid in the cause the organizations support. Their latest product was a keychain that has a message of happiness by reminding people of what they have.

One of the most successful campaigns the company has launched is a survivor whistle to call for help during emergencies. Music.Life.Change started the ‘Blow the Whistle Challenge’ to raise awareness of domestic violence and sexual assault. Over 25 hundred people participated in six different countries.

Sharpe has set the goal of full international expansion of his business by the year 2020 and taking his gratitude workshops on a national level.

“We’re starting to see hate showcase more openly in our society … trying to combat hate something our company is doing by incorporating gratitude in everything that we do,” Shapre said.