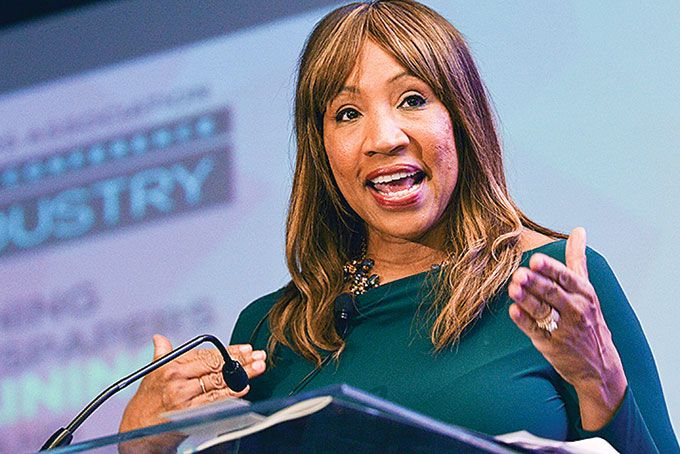 (NNPA)—A new report detailing the record-setting spending power of African American women has further buoyed the confidence of Black female entrepreneurs, who said the information proves their undeniable value to the United States and the global economy.

The report titled, “African American Women: Our Science, Her Magic,” was released by Nielsen during the Congressional Black Caucus Foundation’s annual legislative conference; it revealed that African American women’s consumer preferences and brand affinities are resonating across the mainstream culture, driving total Black spending power toward a record $1.5 trillion by 2021.

The report also noted that Black women comprise 14 percent of all females in the U.S. (“24.3 million strong”) and 52 percent of all African Americans.
With an average age of 35.1 years (versus 42.8 for non-Hispanic White women and 39.4 for all women), Black women have enjoyed steady growth in population, incomes and educational attainment.

Sixty-four percent of Black women currently enroll in college right out of high school and 23 percent over the age of 25 have a bachelor’s degree or higher, up from 18 percent in 2005.
Further, the report noted that the number of businesses majority-owned by Black women grew 67 percent between 2007 and 2012, more than all women combined.

The latest U.S. Census figures show African-American women have majority ownership in more than 1.5 million businesses with over $42 billion in sales.

“This report is helpful to show banks and brands that Black women are highly qualified to be recipients of fair lending and to be fairly represented in advertising campaigns,” said Samantha Gregory, the founder of the website richsinglemomma.com, a platform developed to help single mothers earn extra cash. “As a Black woman in technology and personal finance, who is also a business owner, those statistics are useful, when I am making a case for working with brands for my blog and business.

Gregory continued: “However, if the powers that be are not educated about these statistics, it is still challenging to get a seat at the table, where all the prime contracts are being handed out.”

Briana Santirosa, the founder and CEO of online retailer, Casa de Reinas, said that after working in retail for four years, she made the decision to start her own business.

“I do see the market beginning to recognize Black women more and cater to our spending preferences,” Santirosa offered.

In Nielsen’s new Diverse Intelligence Series report, the global researcher paints a portrait of Black women as trendsetters, brand loyalists and early adopters, who care about projecting a positive self-image. As they wield that #BlackGirlMagic, Black women play an increasingly vital role in how all women see themselves and influencing mainstream culture across a number of areas, including fashion, beauty, television and music, the report’s authors said.

“Black women have strong life-affirming values that spill over into everything they do. The celebration of their power and beauty is reflected in what they buy, watch and listen to, and people outside their communities find it inspiring,” said Cheryl Grace, the senior vice president of U.S. Community Strategic Alliances and Consumer Engagement for Nielsen. “Understanding how Black women’s values affect their buying decisions has long been a marketing necessity.”

Grace continued: “Now, marketers must also recognize the intercultural influence of Black women on the general market, as an increasingly vital part of how all women see themselves, their families and the rest of the world.”

The African American woman’s independent mindset is present in her growing confidence, self-awareness and rising income, according to the report.
Black women are not only redefining what it means to be a woman for themselves, but are at the vanguard of changing gender roles and unlimited possibilities for American women of all ages and races.

The report noted that 64 percent of Black women agree their goal is to make it to the top of their profession; 58 percent agree that they don’t mind giving up their personal time for work—20 percent higher than non-Hispanic White women.
Further, 14 percent of Black women have annual incomes of $50,000 or higher with ages 35–49 enjoying the highest income within the Black female cohort.

For millennial women, 81 percent have never been married, up from 71 percent in 2005 and, with an average household size of 2.47, 29 percent of total Black American households contain a married couple.

Black women also have embraced the social media movement #BlackGirlMagic, a term that describes a cross-platform gathering of empowered Black women who uplift each other and shine a light on the impressive accomplishments of Black women throughout the country.

Especially adept at using technology and social media to trade opinions and offer recommendations, Black women 18 and older, more than any other demographic group, have taken social media and adopted it for higher purposes, the report found.

Whether they are buying cars, jewelry, smartphones or beauty products, the advice, referrals and feedback they receive from friends and community play an important role in Black women’s purchases, the report said.

Forty-three percent of Black women say they like to share their opinions about products and services by posting reviews and ratings online; 47 percent agree that people often come to them for advice, before making a purchase.

“The trend of Black women becoming increasingly educated and driving the buying power of Black households, means that they are making purchase decisions that historically they didn’t make,” said Bianca Blake, a marketing specialist.  “Couple that with trends of the millennial generation marrying and starting families later, the Black woman becomes an independent decision maker for much more of her journey through life, as opposed to abiding by decisions made by her parents, husband or heavily influenced by her children.