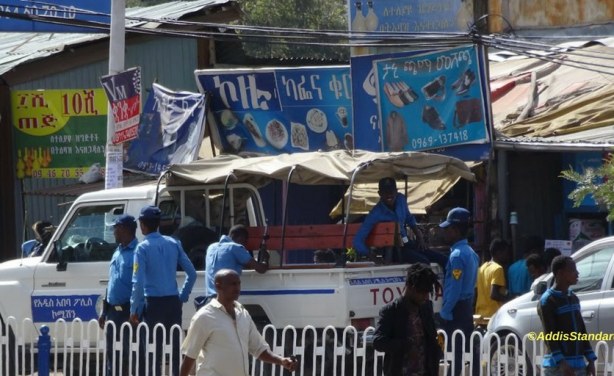 Ethiopia’s foreign minister has said there are no security concerns in the country, despite a state of emergency imposed by the government last week.

Officials made the declaration February 16, a day after Prime Minister Hailemariam Desalegn announced he will resign, and two days after the government freed several prominent critics and opposition leaders as part of a prisoner release program aimed at easing political tensions.

Ethiopia has seen recurring and sometimes violent anti-government demonstrations since 2014, driven by demands for increased power sharing among the country’s parties and ethnic groups.

Briefing ambassadors in Addis Ababa on Tuesday, Foreign Minister Workneh Gebeyehu said the government declared the state of emergency because it “could not control the unrest through the regular law enforcement mechanisms.”

Ambassadors voiced concern about the declaration. European Union Ambassador Johan Borgstam said it will undermine efforts to hold inclusive dialogue among the government, opposition, civil society and the media.

In Washington, State Department spokesperson Heather Nauert said on Tuesday the decision of Addis Ababa to impose a state of emergency “restricts freedom of speech and freedom of expression,” and “is a concern of ours.”

“We aim to engage both frankly and constructively with that government, but we do not see their recent step as being helpful,” she added.

Two opposition parties, the All Ethiopia Unity Organization (AEUO) and the Blue Party, have called on the government in Addis Ababa to lift the state of emergency immediately. They said the declaration will allow the ruling Ethiopian People’s Revolutionary Democratic Front, or EPRDF, to violate the public’s right with impunity.