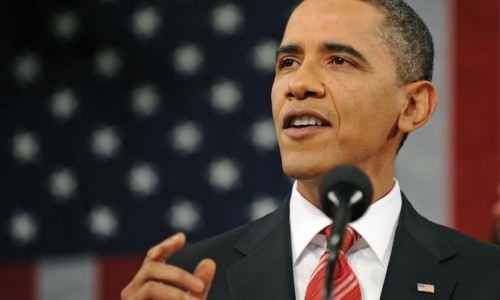 (TriceEdneyWire.com) – President Obama says Black America is better now than it was six years ago when he first took office.

“Like the rest of America, Black America in the aggregate is better off now than it was when I came into office,” he said in response to a question during a year-end press Conference Dec. 19. “The jobs that have been created, the people who’ve gotten health insurance, the housing equity that’s been recovered, the 401 pensions that have been recovered – a lot of those folks are African American. They’re better off than they were.”

However, as the President answered the question from April Ryan, White House Correspondent for the American Urban Radio Network, he had to concede that major ills still exist.

“The gap between income and wealth of White and Black America persists,” he said. “And we’ve got more work to do on that front. I’ve been consistent in saying that this is a legacy of a troubled racial past of Jim Crow and slavery. That’s not an excuse for Black folks. And I think the overwhelming majority of Black people understand it’s not an excuse. They’re working hard. They’re out there hustling and trying to get an education, trying to send their kids to college. But they’re starting behind, oftentimes, in the race.”

The President has been forced to become increasingly outspoken on race issues; especially over the past two years as killings of unarmed Black males by authority figures, mainly police, have dominated news coverage. Read more here.