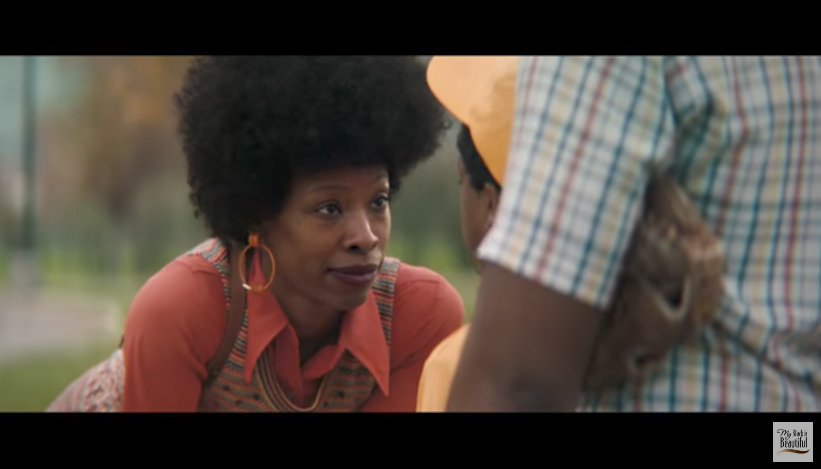 Procter & Gamble kicked off the 10th anniversary celebration of the “My Black is Beautiful” campaign by releasing a commercial titled “The Talk,” featuring African-American women discussing the realities of being Black in America and warning their children about the perils of racism.

“The Talk” sparked fierce reaction across the nation; ironically, conservative media outlets attacked the campaign, calling it divisive and racist.

“We felt like it was an opportunity to start a dialogue about bias,” said Decker. “We’ve been on a mission to talk about bias in many forms and we decided, as part of our ‘My Black is Beautiful’ campaign, to take on the topic of bias from a racial bias perspective.”

The online campaign celebrates the diverse collective beauty of Black women and encourages them to define and promote their own beauty standard—one that’s an authentic reflection of the indomitable spirit of African-Americans, Decker said.

Decker continued: “We went back to the 1950s and we felt that this is something that we have to talk about and we listened to our consumers and we spent time trying to understand what other stories needed to be told.”

In the short video, a young, African-American girl tells her mother that someone said that she’s, “pretty for a Black girl.”

Another scene, set in the present, shows a mother sitting in the passenger seat of a car, preparing to give her daughter a driving lesson. The mother begins to tell her daughter what she should do when she’s pulled over by the police.

“This is not about you getting a ticket,” the mother says. “This is about you not coming home.”

At the end of the video, viewers are urged to “talk about ‘the talk,’ so we can end the need to have it.”

Decker said that many parents have the ‘birds and the bees’ talk, but Black parents have a very different conversation they need to have with their children.

“It’s about race and what it’s like growing up Black,” said Decker.

While some condemned the ad, others expressed support.

“I think it is horrible that we live in this reality where this ad is even needed,” said Rafael Navar, an advisory board member for the Dream Defenders, a civil rights group that launched in Florida in the wake of the 2012 killing of 17-year-old Trayvon Martin.

“The realities depicted in the ad are all too real for too many young people living in the United States and it’s a travesty that this is the case,” Navar said.

Even though, Navar recognized that the conversations depicted in the video are all too real for many people, he was concerned with the P&G using a highly sensitive, real and hurtful subject to promote their brand.

Black Lives Matter officials called the ad encouraging and an example of how other multi-billion-dollar companies can begin supporting conversations around race and police violence.

“The conversations featured in the ad illustrate some of the ways Black parents have attempted to protect Black children for generations in a country that does not value our lives or the lives of our children,” said Miski Noor, the communications strategist for Black Lives Matter. “However, it cannot stop with one ad. The work of undoing racism in this country must go beyond words and result in action that changes the material conditions of Black people.”

Noor continued: “Companies such as Procter & Gamble should continue to work not only via garnering publicity for themselves, but also in their offices, factories and in homes.”

Carol H. Williams, who runs one of the largest African-American advertising and marketing agencies in the country, was skeptical about the ad, at first.

“Then I recalled when we developed the ‘My Black is Beautiful’ brand and the challenges faced at the time by P&G,” said Williams. “The research revealed insights of how women of color had suffered for decades for society’s failure to recognize the unique beauty of women of color.

Williams continued: “So, the very platform of ‘My Black is Beautiful’ was founded to eradicate a racist narrative meant to destroy the self-esteem and the confidence of women of color.”

While some debate Proctor & Gamble’s intentions, Williams said that argument is irrelevant.

“P&G has started this narrative and now that it has opened the door, now what? P&G cannot throw this explosive topic onto their platform and think that they are done,” said Williams.

Williams added: “They will have to spearhead a reconstruction to the very fibers of this country; it can’t just drop the mic. My Black is Beautiful is the celebration of resilience, strength, working harder, being smarter and the ability to succeed.

“We need to have a conversation; we can’t throw it out there and say, ‘commercial over.’ We have opened the door to achieve the American Dream and some of what it takes for us to survive and thrive.”

Meanwhile, the NNPA has always been conscious and observant of how corporate America responds to the persistent and perplexing challenges of race and inequality in the United States with respect to the quality of life of Black America, said Dr. Benjamin F. Chavis Jr., the president and CEO of the National Newspaper Publishers Association.

“The fact that Procter & Gamble, as an American corporate leader that spends over $4 billion annually on advertising, had the courage and fortitude to develop and release this timely, yet accurate, video about contemporary racial prejudice in America is noteworthy and very important,” Chavis said. “The NNPA calls upon other corporate leaders to follow P&G’s lead on this issue toward sustaining a more inclusive, equitable and just society. The current right-wing attacks on the content of the video only reveals that P&G is certainly on the right path for freedom, justice and equality.”

Guns, Weed & Toilet Paper: How Rona Got its Nickname and Hilarious Memes