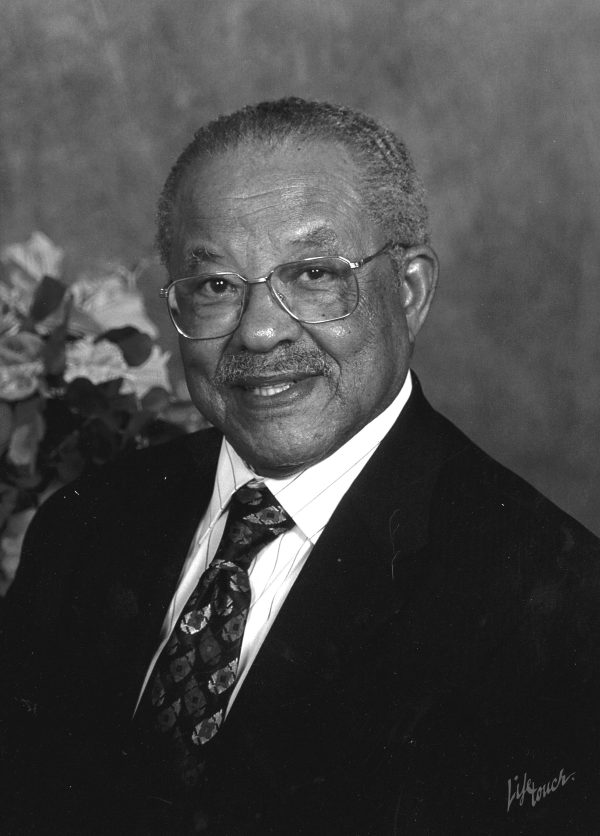 Roy Eldridge Logan was born August 15, 1926, in Lima, Oklahoma, to Jerome (Romie) Henry Logan and Mary (Mollie) Payne Logan.  He was the fourth son, and the apple of his mother’s eye. While his two oldest brothers, Theophilus and Thaddeous, worked in the fields, Roy was encouraged by his mother to practice piano; becoming an accomplished pianist by the time he was eight years old.  Roy attended elementary school in Lima, Oklahoma, and graduated in 1943 from Douglas High School in nearby Wewoka, Oklahoma, as class president and valedictorian. After graduation, Roy attended Lincoln University in Missouri, where he was initiated in 1944 into Alpha Mu Chapter of Kappa Alpha Psi Fraternity, Incorporated.  In his junior year he transferred to San Diego State College where in 1948 he received a Bachelor of Arts degree in Secondary Education with academic distinction.  Soon thereafter, his former high school principal, Fredrick Moon, prevailed upon him to return to Oklahoma to teach business education in the high school in Wewoka and later in Oklahoma City.  He returned to San Diego in 1950 to live with Thaddeous and older brother, Larry.  He was drafted that same year into the United States Army and was stationed in Japan during the Korean War.  After his two-year commitment, he was discharged with honors and joined his parents and sister, Nadine, in San Diego.

Roy met his life-long companion, the fashionable, highly talented, Shirley Mae Jackson of Kansas City, Kansas, at an Alpha Kappa Alpha Sorority picnic in 1955. They were united in marriage on December 22, 1956.  From this union Reginald Gerard was born.  In spite of all his professional commitments Roy always found time to be involved in Reginald’s activities and other family gatherings. He particularly enjoyed attending Reginald’s sporting events.

After settling into the San Diego community both Roy and Shirley become involved in the concerns of their community. Roy’s first devotion was to his Lord and Savior, Jesus Christ.  He was a beloved charter member of Golden Hill/Christ United Presbyterian churches where he served as a Ruling Elder and taught Sunday School and Vacation Bible School. Roy was highly regarded in the community for his civic contributions and participation.  He served in numerous organizations: Board of Directors, Alpha Kappa Alpha Head Start Program; School Psychology Advisory Committee, San Diego State University; Board of Directors, Strawberry Hills Comprehensive Services Agency; and Board of Directors, Grossmont Community College Foundation.  He was a loyal and faithful seventy-four-year member of Kappa Alpha Psi Fraternity, Incorporated and charter member of the San Diego Alumni Chapter.  As a member, he was devoted to the Guide Right Program, a youth-oriented program that focuses on mentoring, college preparatory, and scholarship. He also served as the Chairman of the Scholarship Committee. Both of these programs were Roy’s pride and joy.