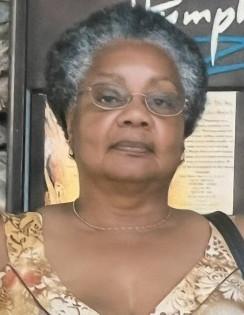 Ruth Mae Davis was born to Vercee Mccadney and Irene Lewis of Pineola, Mississippi, on July 15, 1952. She was the firstborn of eight children. During her years in Mississippi, she attended elementary school until the family relocated to San Diego, CA in the early 60s. Ruthie, as she was known by family and friends, attended Logan Elementary, Memorial Junior High, graduated from San Diego High School, and briefly attended college. In her adult years, Ruthie worked as an electronic assembler for 30 years until diabetes took her eyesight.

Ruthie wore many hats. As a teen, she was an excellent seamstress she made all of her’s and her little sister’s clothing. She made the best sock-it-to-me cake. She was a good mother, grandmother, and friend to everyone that crossed her path. She was kind, considerate, and very generous. If you were hungry, she would feed you; if you needed a place to stay, you had a place to stay at the Davis residence. Ruthie loved the outdoors camping and fishing was her pastime.

Ruthie has left a piece of herself with all of us that we can carry for the rest of our lives. We will miss our mother, grandmother, sister, and friend. Ruth Mae Davis was called home on Thursday, October 6, 2022, in Riverside, California. She is survived by her mother, Irene Lewis, of Spring Valley, CA; brothers, Jaime Lewis, George Lewis, Frederick Smith of San Diego, CA, Sammy Lewis and Calvin Lewis of Houston, TX, Danny Lewis of New Mexico, and Robert Otis of Las Vegas, NV; sister Gloria Buckhanon of Spring Valley, CA; children, Shaunea and Darryl Redmond Daughter and son-in-law, Ivan Johns Son, James and Vicki Davis Son and daughter-in-law, Dax Davis and Monique Castro Son and daughter-in-law, Raphael Davis, Anna May, and other siblings. A host of Grandchildren, Great-Grandchildren, Nieces and Nephews.