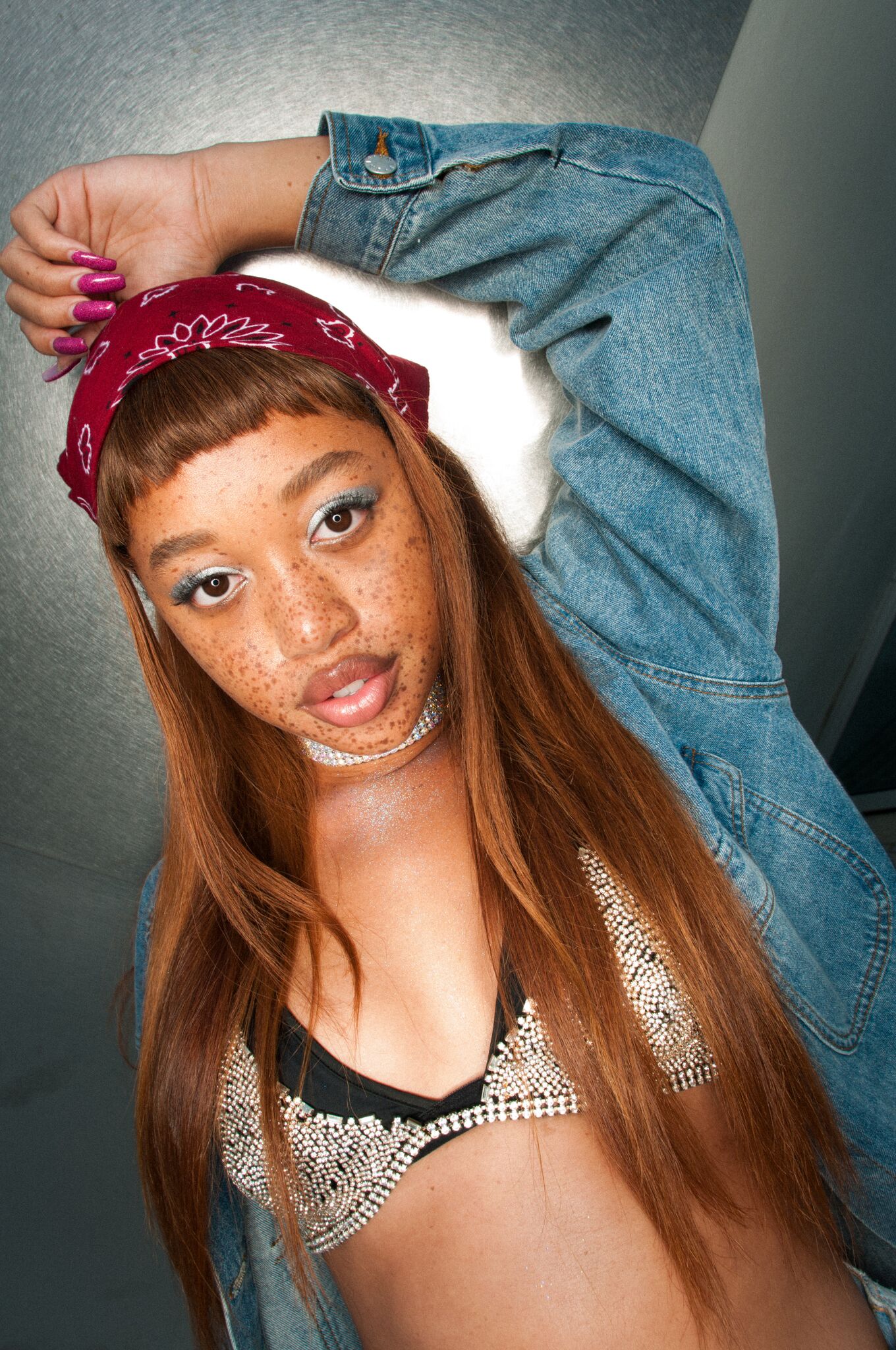 San Diego based model Salem Mitchell loves her freckles. They dance across her face like tiny brown constellations, giving her a distinct look that sets her apart from the crowd. Unfortunately, the things that make us unique can also make us targets of bullying from others who don’t understand the beauty in them.

Mitchell first gained interest in modeling while attending the San Diego School for Creative and Performing Arts. Her classmates taking photography classes would often ask her to be a subject for their projects. After posting some of the photos on her Instagram page, she started to build a following. However, some of the attention she was getting was based on jokes about her freckles.

“I got popular on social media mostly by people making fun of me,” said Mitchell. “I have a lot of freckles, which I don’t see as a problem, but apparently a lot of people haven’t seen them before. People would say I looked like a banana or a cheetah or like I had a skin disease.”

Instead of giving in to the bullying, Mitchell decided to embrace what people were saying about her and find a creative way to turn the tables. She did a photo shoot with the bruised bananas that people would compare the freckles on her face to and the pictures began to pick up traction on social media. 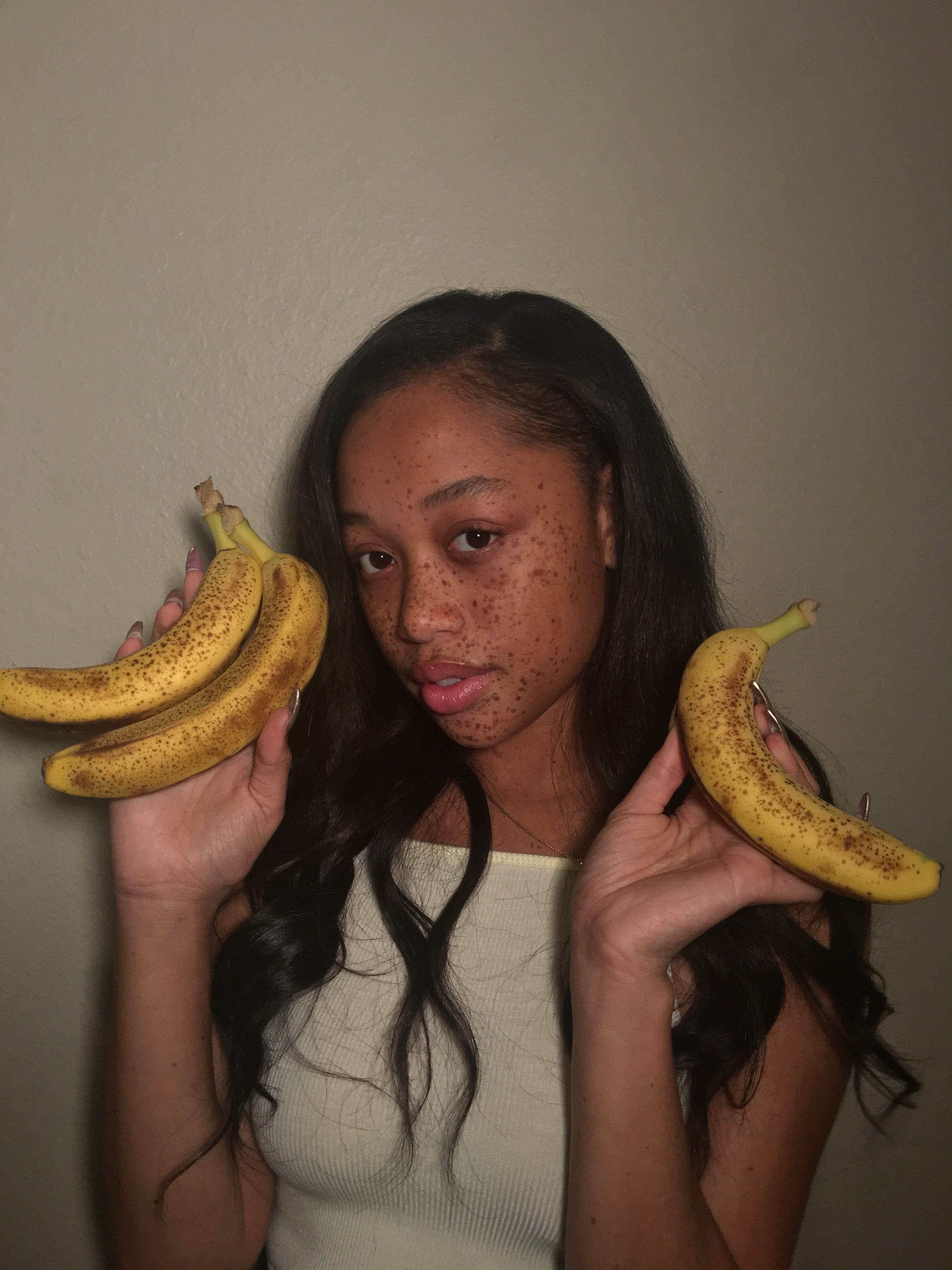 Photographers began to contact her and schedule shoots because of the photos. One session ended up being placed in a full page spread on Paper Magazine, a popular fashion and pop culture publication. The opportunities kept flowing from there as Mitchell was featured on a project for Vogue and Gucci in New York.

“Every time I wake up I ask how this happened to me, but I’m not going to question a blessing.”

The young model’s crowning achievement came when she was contracted for a shoot to promote Beyoncé’s fashion merchandise for her Lemonade album. Mitchell can be seen on Beyoncé’s website modeling the clothing with confidence, the freckles on her face featured in their full glory. What others tried to tease became a calling card for a promising career.

“You have to learn to love all the parts of yourself. If there are parts of you that you don’t like, you can work on changing them or work on coping with who you are and trying to accept yourself. A big way to love yourself is to ignore what other people say. For a lot of young people, they’re influenced by people around them and put a damper on how much you like yourself.”

In the future, Mitchell plans to move to Los Angeles or New York to make herself more available for the many opportunities coming her way to better network and market herself. She also plans to create her own merchandise and continue building her social media presence to promote issues she cares about along with her pictures. With over 40,000 followers on Instagram alone, she’s well on her way to making a name for herself.

“I’m happy for having a platform on social media. I like to speak on things that I think should change in society. I consider myself a feminist and I’ve been very strong about making sure successful women don’t get put down. Sometimes I think that older people don’t see the issues that younger people go through. I want to contribute in a way to something that would allow young people to have more creative outlets.”

You can follow Salem on Instagram @salemmitchell to see more of her photos and keep up with what the young model has coming up next.