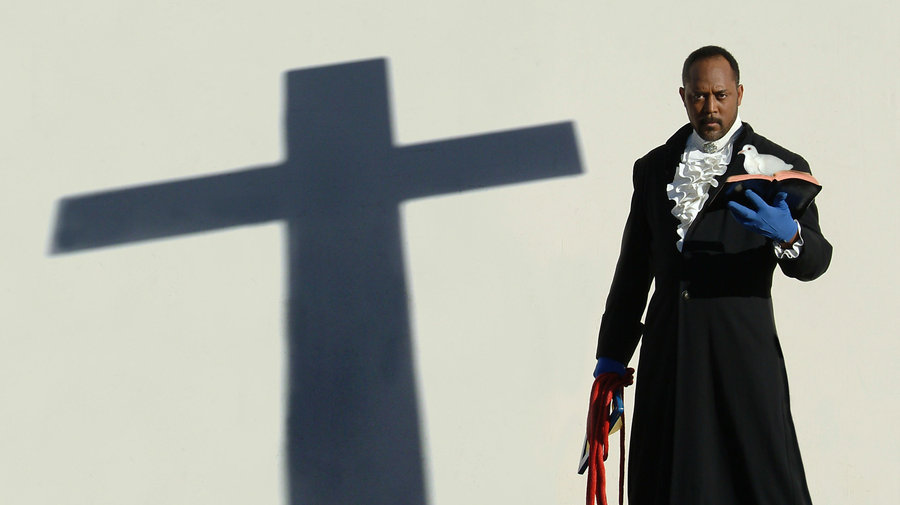 Growing up in San Diego is where internationally known Master Magician Kenrick McDonald began his career. It was in San Diego where at the age of 10, he began honing the his skills in magic, oftentimes in secret from his Christian family who didn’t yet understand that it was possible to be a very good Christian and a very good magician.  His love and diligence for magic paid off.
​Approximately one year ago, Kenrick (stage-name ICE for being so cool) made history when he was inaugurated the first African-American National President of The Society of American Magicians(S.A.M.) the world’s oldest and most prestigious magic organization in the world in which famous magician Harry Houdini served as president from 1917 until his death in 1926.  As President, on October  3rd of last year, ​ICE will traveled​ to the grave site of Harry Houdini in New York to oversee its restoration process.
This San Diego native, the son of Nixon and Bernice McDonald, attended Sherman Elementary School, Memorial “Jr High” and San Diego High School.  In 1984 he moved to Los Angeles and continued pursuing his passion for magic.
Considered a magician’s magician, Ice McDonald, is an award-winning entertainer who, for over 33 years has mesmerized audiences with his grand illusions including making doves appear through impossibly small objects and vanishing a dancing ballerina right before your eyes.  Having had no formal training in magic and known for building his own elaborate illusions, Ice McDonald is one of a small number of professional African-American magicians in the world.   “My early journey as a San Diegan, was a necessary step to obtain the excellence that I have now achieved”.
Ice McDonald has sold out performances at The Magic Castle in Hollywood, broken audience and box office records at Monday Night Magic in New York and has been featured on NPR, in Jet Magazine, on The Tonight Show with Jay Leno, Masters of Illusion (series on FOX TV), the documentary The Art and Soul of Magic – The Story of America’s Black Magician and ABC, CBS, NBC, Fox, UPN, BBC.  He’s also been featured in the New York Times, Los Angeles Times and in several international publications.  His sheer mastery of illusion has astonished audiences in London, Wales, India, Singapore, Jamaica, Bahamas, and throughout the United Kingdom.
For additional information, interviews, photos and booking info, visitwww.ice.mcdonald.net and contact Queen Publicity at (310) 849-3820 or at allisonqueen@sbcglobal.net.
Unlike many news organizations, Voice & Viewpoint delivers content that matters to you. Help us keep it that way by making a generous donation for as low as $2. Your support will fund local, investigative journalism for the community, by the community.