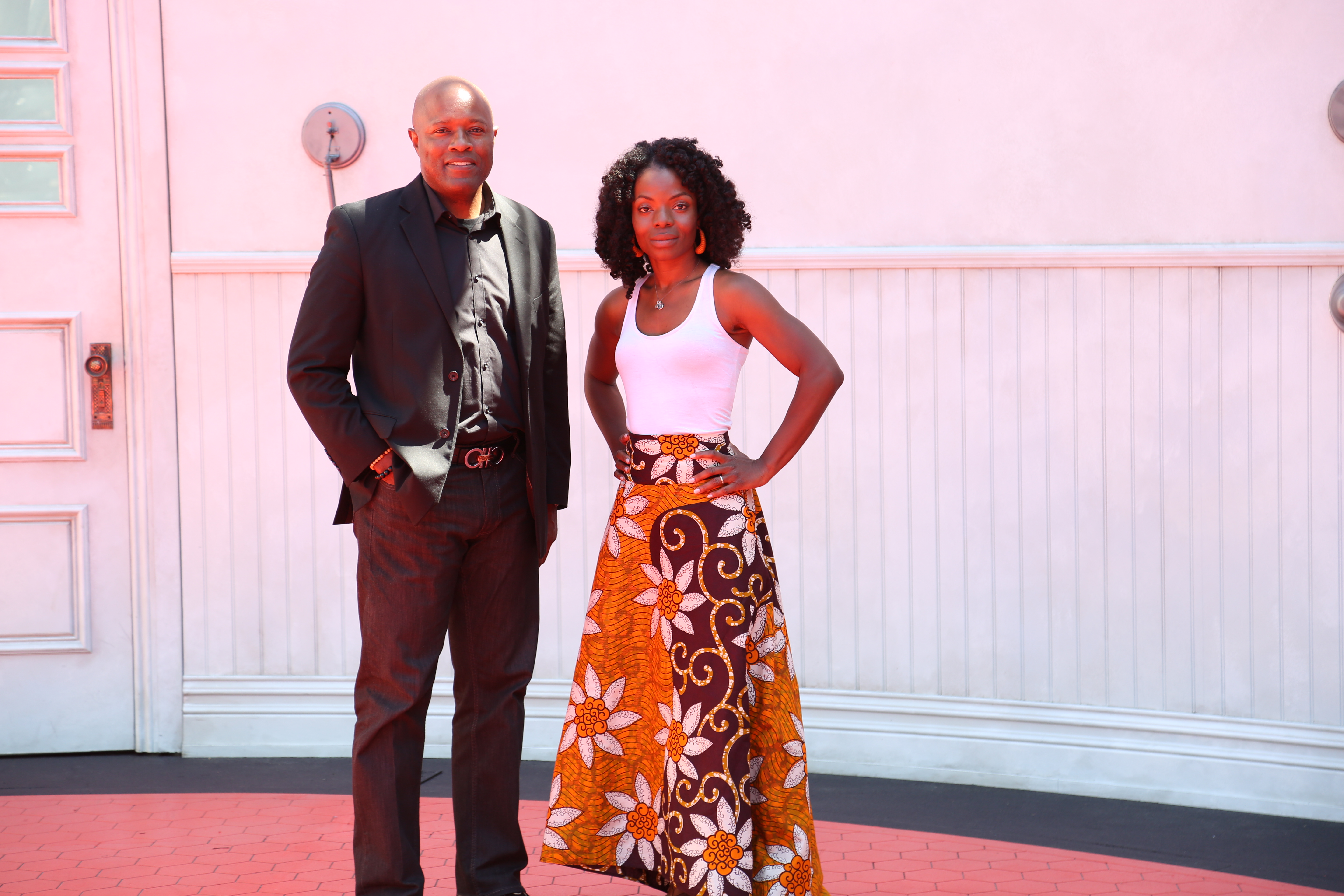 Interview with Michael Taylor, Board of Directors, The Old Globe 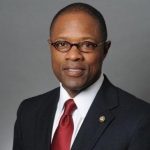 Having performed roles ranging from a corrections officer on “Orange is the New Black,” to Lady Macbeth in Shakespeare’s “Macbeth,” actress Marsha Stephanie Blake can tell you stories. While attending Dartmouth College she was asked to perform in a play although she was on the track for medical school. Little did she know she would get the bug to pursue an acting career. Her credits now include roles in “The Merchant of Venice” with Al Pacino on Broadway, “Django,” and the television series, “The Good Wife.” Jamaican-American, and a graduate from UC San Diego, Marsha joins us for this intimate interview during her run of performances at the Old Globe Theatre.

Michael: When did you first decide to become an actress?

Marsha: I never intended to become an actress.  I just kind of fell into it.  I was pre-med and taking all the classes for medicine in undergrad.  And actually my friend who was here Sunday night, kind of got me started.  Zola Mashariki, who now has the fancy title of EVP, Original Programming at BET, was my big sister at Dartmouth.  She was doing a play . . . and I was never really interested in acting.  They needed people to be in “black town” (because there were hardly any black people at Dartmouth) for James Baldwin’s play “Blues for Mr. Charlie.” Zola, was in that play and I did an acting class.  That was my first real play.  Then Zola wrote a play and directed “For Colored Girls” and I did that play.  Zola at the time was the Head of BUTA (the Black Underground Theater Association at Dartmouth), a few years before Shonda Rhimes was the Head, and three years later the position was passed to me.  We all went to Dartmouth for different reasons, and we didn’t intend to become these creative spirits.  What was great about BUTA, was once you were in you could never get out.  I spent so much time in the theater department at BUTA, and I ended up dropping the whole medical track.  My sister, who was also in medical school, did end up becoming a successful doctor, so it was easier for me to trade my pre-med pursuits for acting. And that’s how I became an actor, I was kind of roped into it through this line of strong female artists at Dartmouth College.

M: Awesome, and we are the beneficiaries of that decision!

Who was your mentor or person most instrumental in your career?

Marsha: I have mentors for every production. Especially when I had smaller parts, there was always someone I would look up to.  I’ve never done a play with her, but I love Charlayne Woodard and her one-women shows.  Her career has spanned so many years, she’s done everything.  And, she’s very youthful, fun and approachable. I don’t really have a relationship with her, but I look up to her.  LaTanya Richardson Jackson, I did a play with her and I talk to her a lot.  She raised a family in the business, she has a daughter with Sam(uel L. Jackson), and so I remember I had just done a show and gotten married and then pregnant.  I had conversations about being married and having kids in the theater . . .  in the business, and especially when you’re the mom and you leave town, it’s not a big deal for the father, but I have a small child, she’s two, and it’s the first time I had ever left her. It’s tough. It’s much easier for my husband to go out of town.  Really, I ask everyone things all the time. I’ll sit down and talk to anybody.  I think there is a lot of value in experience, I respect that more than anything else.  I don’t respect fame, I respect somebody who has been through hardship and anyone who has been in the business for longer than I have and who has survived.

M: You have performed in classical and contemporary theater as well as television. How does it feel to switch gears between these genres?

Marsha: How does it ? That’s an interesting question . . . . I think as actors, we are chameleons. We are meant to switch; it’s part of the job. My brain and my body adjusts somewhat easily.  I think theater is more difficult in the long-term, just because the jobs are longer. In film, you might have a shoot from morning to night for a week, but it’s just a week. Theater is four weeks from morning to night, then tech a whole week from noon to 1:00am, something crazy like that. So it kind of works out to be the same for me.  They have their advantages and disadvantages.  it’s sort of the same for me, I don’t think of them as different. Obviously you make more money on TV. I have found that I form quicker, easier relationships with my theater family. But it depends, sometimes film mirrors theater.  TV not so much.

M:  To follow that point, are there certain techniques you would use in classical theater, particularly in Shakespeare, in terms of switching gears?

Marsha:  I actually think it’s wrong to think of Shakespeare as something different because that’s why we don’t get the diversity in the audience we need and that’s why people are scared to see it, people are scared to listen to it, read it, because people think of it as something different.  Like anything else, it takes little bit of practice.  At the end of the day, we as actors, are telling stories about love, relationships, politics, everyday life. However, you do have to preserve your voice.  You have to make sure your voice is warm. I have to make sure I do not to party too much the night before, self-preservation.  In this performance, we have mics, which is a good thing.  You can get really comfortable when you have a mic too.

On another point,  I feel like kids have such an affinity for Shakespeare.  Shakespeare is not an intellectual exercise. Shakespeare is a visceral, kinetic exercise. It’s about feeling whatever the emotion is.  You see kids when they’re upset? They can relate to the drama and bigness that is Shakespeare. We have to get them early, before high school. My father read Shakespeare to me as a child, when I was very, very young and it was like any other story.  When I finally decided I was going to be an actor and I went to Royal Academy of Dramatic Art in London, and I realized it was familiar to me.  And I asked myself, where had I heard these stories and I realized my dad had read them to me and I was never afraid of them.

M: That’s beautiful.  So, Macbeth, tell us about this production. What have you enjoyed most about it?

Marsha: It is my third time working with this director, Brian Kulick. He is very collaborative; he gives you lots of options to try, and he’s very open. I trust him, he knows if something is going to work. He really understands the actor has their process as much as the director does. I really like Brian.  I tell the USD students, our cast is remarkably chill, very mature, they do their work, and our cast is so even-tempered across the board.  Great people, honestly.

M: Have you played the role of Lady Macbeth before? If so, how was this production different?

Marsha: So here’s the thing, at Dartmouth when I first got roped into this acting thing, I played Lady Macbeth. It’s interesting to do this role before you have had real life experience (before kids and marriage). At that time I thought I was amazing, but looking back I’m sure I was awful. I have a friend coming today, who saw me in that first production and I’ll be curious to see what she says.

M: Have you performed in a Shakespeare play that was this diverse? How does it feel to be in a racially-mixed classical play?

Marsha: I don’t know if I’ve been in a play where it wasn’t diverse. I’ve never been the only black person on stage. I think Shakespeare lends itself to diversity, especially because it’s unfamiliar, because of its made up characters. They could be anything and it doesn’t matter, you can throw in a black mom, an Asian dad, a white kid.  Why would that be a problem? This cast is very diverse and I didn’t even notice because I think the world is a diverse place.

M: Is having black people in your audience important to you?

Marsha: It is, but it’s important for any people. I just think theater was created for the most part for the lower class . . .  for people to entertain and bring their kids. Audiences aren’t just lacking in ethnic diversity, they also lack in economic diversity. Many theaters in New York offer Free Sundays and $10 Sundays because the people on the stage are diverse and that diversity should be reflected in the audience.

M: What are your short and long term career goals?

Marsha: Hmm, I don’t know that I think like that . . . Like anyone else, I have children and they need school supplies and, I’d like to not worry about my bills and take care of my kids. This career is a blessing in that there is nothing life and death about it. My sister, a doctor, can have a day dealing with death and terminal illness. She can’t relax. Even flying on a plane she had to rescue someone. My job is so easy and so simple. I just want to be able to make enough to support myself and my family. I don’t need to be rich or famous, I’m good just where I am.

M: Anything else you would like to say to the readers?

I think Tyler Perry taught us that the black audience is there. He tailored things specifically for black people. He made plays about church, common archetypes, etc. All cultural groups have those stories. There was so much in “tokyo fish story,” for example, that I related to on a human level. I think some people assume there is nothing for them in the theater, but all storytelling has something for everyone. Also, theaters shouldn’t assume that black people will only attend black plays. “Camp David” was an amazing show, and we can all learn and identify with that time in history.

Special thanks to Marsha Stephanie Blake, The Old Globe staff and production team, and museSalon Collaborative for making this interview possible.

THE BLERD BINDER: Watchmen Is a Testament to Trauma