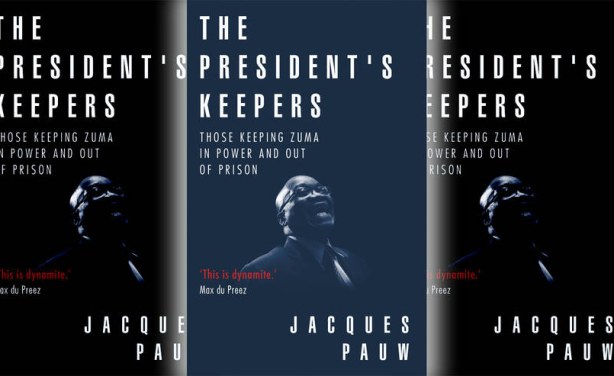 From the moment it became clear the ANC’s leadership race was going to be between Nkosazana Dlamini Zuma and Deputy President Cyril Ramphosa, it was known that the intelligence services would play an oversized role. They were present in Polokwane and Mangaung – and now they are even more firmly under the thumb of President Jacob Zuma. On Friday, the SARS threat of action against Jacques Pauw was quickly followed by the State Security Agency’s demand that the The President’s Keepers be withdrawn.

The first obvious impact was to push up book sales immeasurably, the second was to make it the most pirated book in South African history. This action would appear to reveal the hand of those running the government these days. But it could also signal the depth of Zuma’s own analysis of the current situation. By STEPHEN GROOTES.

It was a publisher’s dream come true – the legal letter from the State Security Agency (SSA), making threatening noises towards Jacques Pauw and his book, and demanding that it be retracted. Twitter lit up, with complaints that book shops had run out of copies, while Amazon must have noticed a noticeable spike in traffic from South Africa’s urban..

Read the full story on the Daily Maverick website.