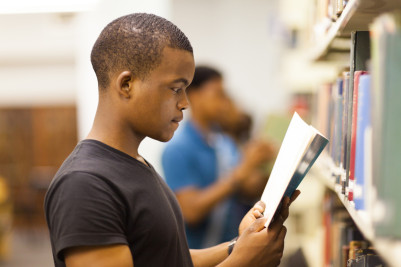 In 2013 California standardized tests showed that 59% of San Diego Unified School District (SDUSD) high school students were not proficient in science. Further, more than half were not proficient in history/social studies. If residents of America’s finest city were aware of these facts, we wonder if they would be satisfied.

San Diego Unified uses comparisons to other districts in the country as a presentation of its success and progress. For example, we see the following statement used in SDUSD literature, “Over the last decade, the San Diego schools have posted some of the largest academic increases of any city nationwide – something that is very hard to do given its already high academic achievement compared with other cities.”

This statement may be statistically accurate in terms of incremental improvement, but it does not communicate the big picture. The percentage of students in SDUSD achieving proficiency or higher on the National Assessment of Educational Progress in mathematics and reading in grades four and eight has increased, on average, 12% since 2003. Despite this growth, in 2011, across the two grade levels and two subjects, the percentage of students failing to reach proficiency on the exams ranged from 61% to 73%. Regardless of slight improvement throughout the years, are San Diegans content with the fact that a majority of our students are not considered proficient in these core subjects?

We agree and commend the district for making it a priority to produce graduates that have the skills necessary to succeed in a college of their choice. However, progress toward that priority has fallen short. In fact, only 49.8% of SDUSD 12th grade students completed the coursework necessary to even apply for admission to a UC or CSU school in 2013. This means that more than half of our students do not have the option of attending a California public university. Knowing this, are San Diegans satisfied?

For years, our district has said that high numbers of students are unable to meet minimum standards because of the economy, testing systems, state budgets, and/or the socioeconomic challenges in our region. Although these are contributing factors to student outcomes, these challenges should be constructively confronted by our community and school district leadership.

According to a recent poll, more than half of San Diego Unified residents consider themselves to be informed about issues affecting the district, including student performance. However, when asked to estimate the percentage of students who were considered proficient in science, almost 90% were significantly off the mark. Most, in fact, were overly optimistic in their estimations of student performance.

This situation requires the attention of our entire community. Our quality of life, the condition of our neighborhoods, and the economic security of our future is directly affected by the education of our students. Knowing the facts about student performance will help fuel this essential conversation in our community.

We will be releasing essential research and statistics through a series of papers – Taking a Closer Look – over the course of the next few months.

It’s Time to Show Up for Black Teachers