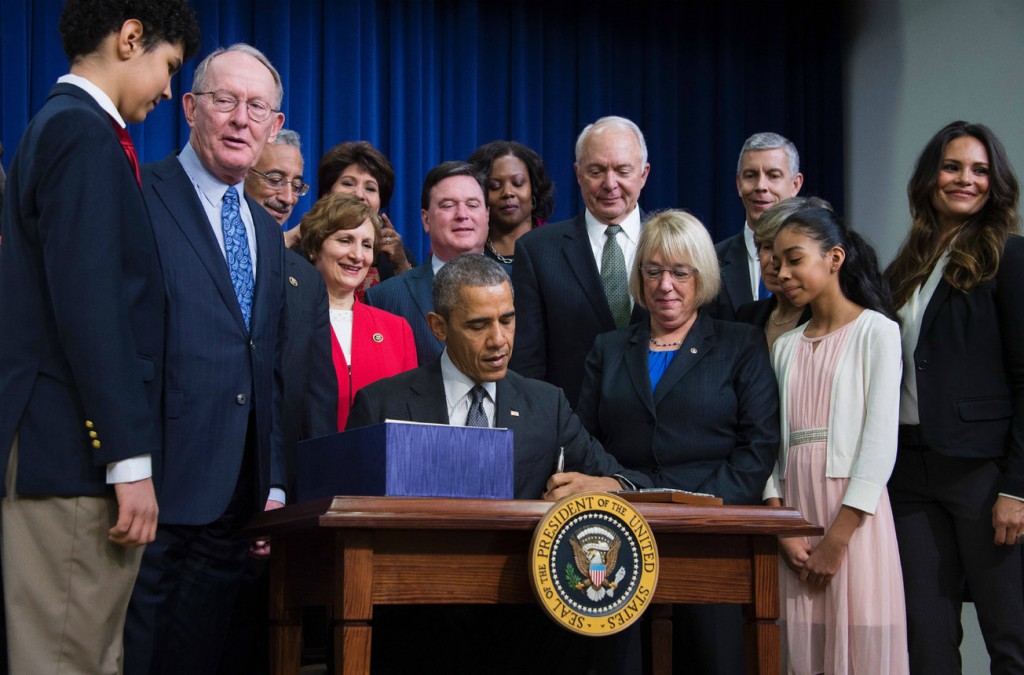 Sixteen states and the District of Columbia submitted their proposals for implementation of the Every Student Succeeds Act (ESSA) on April 4, 2017. The remaining states are required to submit their proposals on September 18, 2017. A review of the first proposals submitted, which included Arizona, Connecticut, Colorado, Delaware, District of Columbia, Illinois, Louisiana, Maine, Massachusetts, Michigan, Nevada, New Jersey, New Mexico, North Dakota, Oregon, Tennessee, and Vermont, showed some improvements, as well as areas of concern, related to how education officials plan to address accountability and school performance at the state and local levels.

Multiple state plans emphasized their intentions to provide well-rounded curriculums; ensuring students have increased access to high-quality science and social studies in addition to reading and mathematics. In fact, more than half of submitted state plans include assessments for science and social studies in addition to the required English Language Arts, reading and mathematics. Some states went as far as including fine arts, music, physical education, and library media specialists. Therefore, state plans stress the importance of a curriculum that focuses on more than reading and arithmetic.

In addition to providing a well-rounded curriculum, states included in their accountability systems plans to strengthen their existing strategies while introducing new approaches, as they move forward. New Jersey proposes to double count the academic performance of student subgroups in school evaluations to ensure that the needs of struggling students’ do not go overlooked. Nevada’s plan proposes moving towards the creation of Individual Learning Plans (ILPs) for each student. This ambitious goal will measure student engagement, achievement and growth, while providing a more holistic view of school success.

However, Oregon, Connecticut and Tennessee propose to combine subgroups for accountability measures. This process will mask exactly which students are struggling, and assumes that corrective measures for each subgroup would be the same. ESSA requires states to report data for each subgroup; presuming that detailed data reporting will highlight areas of inequity. Combined subgroup reporting does not meet the intent of ESSA and could result in stagnant academic progress. Arizona and Maine submitted plans that are underdeveloped and fail to provide details as to how they will address ESSA’s requirement to incorporate student subgroup data in their accountability system. Many states do not detail how their proposed strategies will be implemented or provide data to prove rationality for such strategies. Other proposals do not include proficiency targets, or methods for measuring whether students are reaching the state’s grade-level standards.

Overall, every submitted state plan can expand on their current proposals to develop accountability systems that ensure that “all” students make progress. States that have not submitted their proposals for ESSA should take time to review the state plans that have already been submitted and use them as a guide to improve upon their own proposed accountability systems. States that plan to submit proposals on September 18 should also take note that states that have been most successful at developing comprehensive plans, with an increased focus on the progress of all student subgroups, have effectively and consistently engaged parents and other education stakeholders.

The following is a brief overview of state plans that have already been submitted with a focus on their accountability systems.

VIDEO: Rashard Brooks and the Tale of Two Police Officers and Officer Discretion