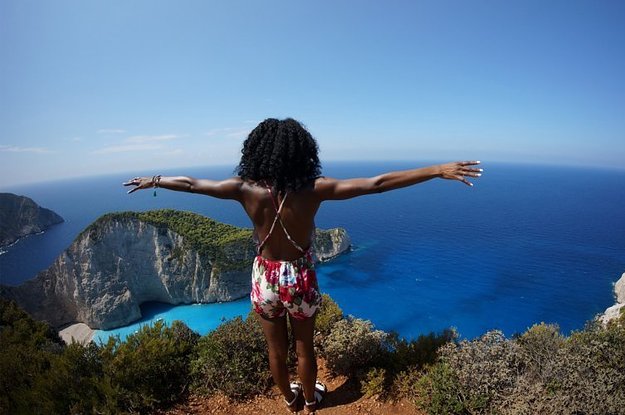 When Richard Wright, author of some of the most powerful 20th-century novels in American history, concluded that America was addicted to racism and would never fully accept him despite his contributions, he opted to live out his life in Paris.

Novelist, poet, playwright and essayist James Baldwin was the literary voice of the civil rights era. When Baldwin concluded that the only version of the Constitution meant for him was an abridged one, and quoted Malcolm X on the Dick Cavett Show saying, “High noon on Sunday is the most segregated hour in America,” he chose the same escape route as Wright.

Africa, Spain and Mexico were the destinations of choice for the great poet Langston Hughes, the poet who masterfully penned “I, Too, Sing America,” but never felt embraced by America. Those who knew him — such as my father, who pledged Omega Psi Phi with him at Lincoln University — say the only thing that stood between Hughes and permanent expatriatism was the fact that there was just one place like Harlem and it existed solely in New York.

There are too many African Americans to name who, upon concluding that America was forever incapable of delivering the promises of the Constitution equally to all of its people, quit America. Astutely or not, depending on where you stand, they deduced that the festering racism that has persisted since the first slaves arrived was the reason for the Civil War, was reawakened during Reconstruction, thrived under Jim Crow and now appears to have found new life under the current president, was an indelible malignancy that they chose not to expose themselves to.

Sean Bynum is a name you’ve probably never heard, but at 49 he’s about to do the same thing. Born and raised in the Abbotsford Homes, Bynum has carved out a comfortable American Dream existence for himself, the kind that most would wonder why he’d want to leave now.

Retired from the military. Successful real estate career. A beautiful family; the owner of a stately 3,700-square-foot home in Mount Airy so attractive that Kindred the Family Soul has shot videos in it and Walmart has filmed a commercial there.

Happily married for decades. Three kids, one a nurse, one an IT professional, and the youngest a college student in New Jersey. The grandfather of two.

Why, then, is Bynum quitting America next month and moving to San German, Puerto Rico, a tiny town on the southwest corner of the island? The tropical weather is an enticement. And so is the fact that the 9.7 acres he’s building another house on would cost infinitely more here.

But just like Wright, Baldwin and others who said “Enough,” Bynum has reasons that sound similar to those behind the decisions made by Black move-makers decades ago.

“The political climate here and race are two major factors,” says Bynum, who sold his home last month. “I have this kind of paranoid feeling that if this [junk] hits the fan here in the states — and I don’t want to sound like some sort of doomsday prepper or anything like that — but I don’t know if things are going to get any better here in the future the way things are going. If and when something happens, I want to be somewhere else and have a place where my family can go — just in case.”

It goes without saying that Bynum’s money will go further in Puerto Rico. In light of the hurricanes that have recently struck the island, Bynum says he’s no more concerned about the weather “than a person living in California should be overly concerned” about earthquakes.

Friends thought he was crazy for eyeing a move to Puerto Rico. Many suggested that he could move south, say, to Texas or maybe Florida, and get the warm weather and still stay on the mainland.

“I’ve spent time in both of those places,” Bynum says, “and the racial undertones are not so underlying as people would like to make them out to be.”

I’ve been abroad once — to France — and the difference that I noted was stark. America — through cable television, through movies, through language (who doesn’t know what “inner-city” and “working-class whites” are code for?), through wage differentials, through police tactics and every other imaginable metric — is constantly reinforcing the notion of this is your America and this is ours.

That burden, while not invisible in other countries — members of my church took a trip to China last year and were amazed at the attention they drew from locals who wanted to feel their hair and take selfies with them — is not the constant yoke anywhere like it is here. And it’s growing more pronounced as the president seeks to placate his base by equating white supremacists and those that oppose them the way he did this past summer in Charlottesville, Va.

Ironically, Bynum’s oldest grandson turns 5 next month. He was born on Nov. 6, 2012, the same day Barack Obama was re-elected. Bynum remembers feeling that day, the day his familial line got an extension, that maybe America had finally begun to seriously turn the corner. The way Bynum saw it, a re-election represented the country validating its first Black president and embracing four more years of hope and change that many thought would never come.

But all that optimism has disappeared as the country has gone in a dark direction more reminiscent of the 1960s. Before he decided to move, Bynum tried to find reasons to stay. He can’t put his finger on any.

“I keep searching for reasons to be remorseful,” Bynum said, “but I can’t find any.”