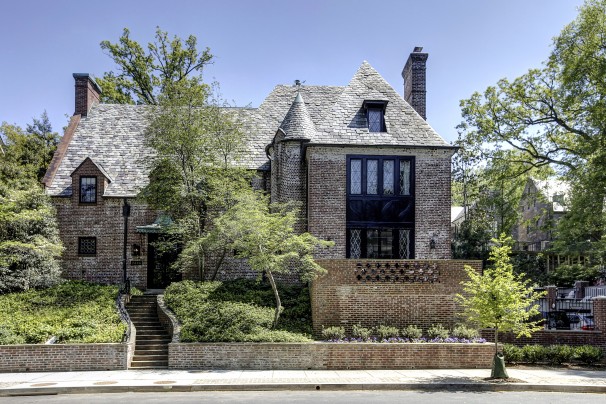 After leaving the White House, the Obama family had been renting a home in Washington, D.C., but it looks like they’re staying after all.

According to property records, the Obamas spent $8.1 million to purchase the eight-bedroom, nine-and-a-half-bath home that they had been staying in while they were in DC. They decided to stay in the DC area while their younger daughter, Sasha, finishes high school, so that they don’t uproot her life.

“Given that President and Mrs. Obama will be in Washington for at least another two and a half years, it made sense for them to buy a home rather than continuing to rent property,” spokesman Kevin Lewis said in a statement.

Believe it or not, the $8.1 million house is only the second-most expensive in the Kaloramaneighborhood. That honor goes to Jeffrey P. Bezos, Amazon founder and owner of The Washington Post, who paid $23 million for what was once the Textile Museum.

Of course, while technically this expensive new home is their residence, it seems the Obamas hardly use it for as much traveling as they have been doing, not just enjoying their vacation and the chance to relax after eight years in the White House but also traveling for speeches and other events.