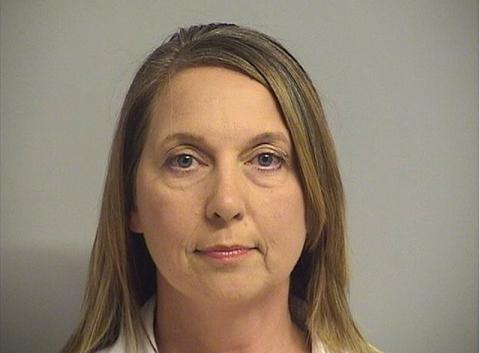 TULSA, Okla. — Prosecutors opened the manslaughter trial on Wednesday of a white Tulsa police officer by recounting the events of a day when she shot an unarmed black motorist, seeking a conviction in a case that fanned concerns of possible racial bias in U.S. policing.

The defense for officer Betty Shelby, 43, said in their opening statements before the jury of 12, which includes two black women, that prosecutors carelessly rushed to bring charges for the September 2016 death of Terence Crutcher, who was 40.

If convicted, Shelby could face from four years to life in prison.

Police videos of the incident were seen globally, with some civil rights advocates arguing race was a factor in the fatal shooting, something Shelby has denied.

Assistant District Attorney Kevin Gray told jurors that the incident played out in just a few minutes and prosecutors will focus on how Shelby and other officers on the scene reacted.

Prosecutors have said there was no reason for Shelby to fire on a man who was walking away from her with his hands in the air. They blame her for turning a routine traffic matter into a deadly confrontation by acting unreasonably and escalating the situation.

In the videos, Crutcher can be seen with his hands in the air shortly before he was shot. Tulsa police have said Crutcher was unarmed and there was no weapon in his vehicle, which was blocking a road.

A lawyer for Shelby has previously said she acted because she feared for her life, believing Crutcher was reaching into his vehicle for a weapon.

“When you refuse to cooperate and obey commands and go back to your vehicle, that is the chance you take,” defense lawyer Shannon McMurray said in an opening statement on Wednesday.

Two Tulsa police officers on the scene on that day testified they saw Crutcher attempt to reach into his vehicle through a driver’s side window. They also speculated at that time, he may have been trying to grab a firearm.

One of the officers, Tyler Turnbough, who used a Taser against Crutcher, testified he heard Shelby give multiple commands that Crutcher ignored.

The Oklahoma Medical Examiner’s Office said that Crutcher had 96 nanograms per milliliter of PCP in his bloodstream at the time of his death.

Prosecutors have previously said Crutcher’s drug use was not reason enough for Shelby to resort to deadly force, local media reports said.