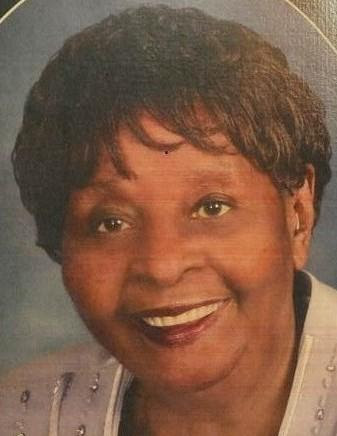 Willa Mae Simon was born to Otis Boyd and Alice Mae Holiday of Eads, TN on December 23, 1930. She was the eldest of eleven children that she loved dearly. She attended Faye County High School. Willa Mae met and married Thomas L. McMath. They had one daughter Alfreda. In 1954 the couple relocated to San Diego, CA. In 1958 the couple separated and divorced in 1960. Willa Mae continued to work and pursue a Medical Career. In 1960 she met James Simon. They married on June 9, 1961.

Willa Mae entered a Nurse Training program at Scripps Hospital becoming a Surgical Nurse. She worked there three years then transferred to Community Hospital in Chula Vista. She joined the Eastern Star and became a longstanding member of Mt. Erie Baptist Church.

Willa Mae lived in the Philippines and traveled across Southeast and East Asia. She returned to San Diego and devoted her life to her husband and grandchildren. She volunteered at Catholic Charities of San Diego. She was loving, Funny and enjoyed meeting people from all walks of life. Willa Mae Simon (Mae Baby) was called home on September 13, 2021. She was preceded in death by her husband James Simon, her parents, four brothers; Evie, Robert, William and Curtis, two sisters; Ethel Mae and Donetta.