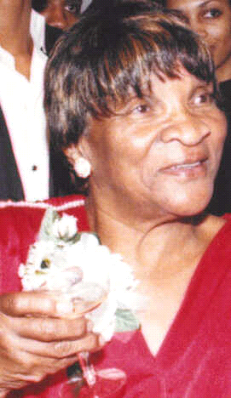 A visitation for Dr. Wilma Washington was held on December 15, 2021 at Memory Chapel of Anderson Ragsdale Mortuary. A final service will be held Wed, December 22, 2021 at Evergreen Memorial Funeral Home Chapel, Dallas Texas, with burial at Lincoln Memorial Park & Cemetery. (All floral arrangements should be sent to the Dallas Service).

Wilma is survived by her two daughters; Angel and Pam who live in San Diego California. Divorced at the time of her death, Wilma raised her 3 children as a single parent, never letting them want for anything. She was educated in Texas and California, receiving multiple degrees earning the title, “Million Dollar Tea Queen ” of Bishop College in Dallas Texas, eventually retiring from the San Diego Unified School District, Florence Elementary being her last assignment. She worked many years at the Del Mar Fair.

Her joy was “her baby”, Washington’s Unique Catering Services which she owned for over 25 years. “Mama”, as she was affectionately called, was the youngest of her many siblings who all have preceded her in death. Wilma’s daughters, grandchildren, great grand-children, great great-grandchildren, nieces and nephews and all family members would like to thank you all for loving her.