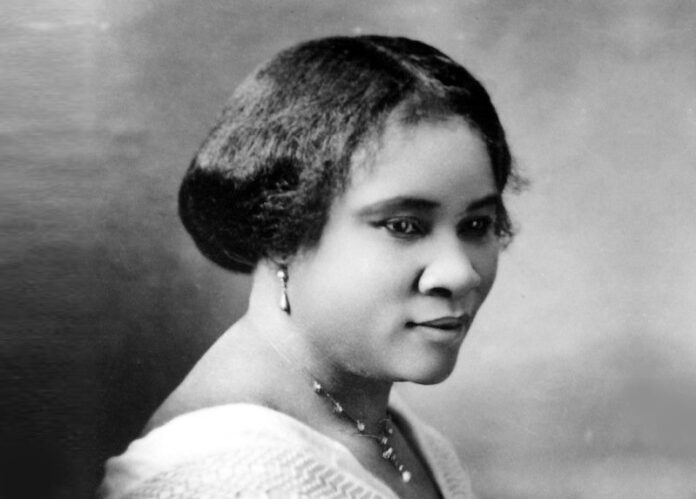 Born Sarah Breedlove in 1879, beauty mogul Madame C.J. Walker was the first self-made American woman to become a millionaire, according to the Guinness Book of World Records.

Stay Ahead of the Curve

As one of the first generations of African Americans out of slavery, she had to think creatively and reinvent herself. She pioneered a new business model many entrepreneurs use to this day: direct sales and marketing.

Be a Self Starter

Walker built a strong foundation under her dream. “I got my start by giving myself a start,” she famously said. In 1906, she began her career in the beauty business selling door-to-door hair care products as an agent of Annie Malone, a top selling hair maven of the time. Walker opened her first salon in a room in her home and in 1908 opened a beauty School in Pittsburgh called Leila College, named after her daughter.

In 1910 she built her first factory in Indianapolis and in 1913 expanded her business internationally. By 1919 there were approximately 20,000 “Walker Agents” selling her beauty products in the U.S., Central America, and the Caribbean and creating

Be a Leader and Give Back

Walker was civic-minded and politically active. In 1918 she established the National Convention of Madam Walker Beauty Culturists League with local and state chapters, awarding prizes and awards to the highest earning sales women – long before Mary Kay. She helped organize the NAACP’s 1917 Silent Protest Parade against lynchings and fought for anti-lynching legislation and hate-crimes protections.

Today, over 100 years later, her legacy lives on. Sundial Brands purchased the Madame C.J. Walker Enterprises in 2013 and relaunched a line of beauty products called Madam C.J. Walker Beauty Culture. The products use some of Walker’s original, southern-inspired formulas including natural ingredients like magnolia, peach nectar and sugar cane.

Soldier’s assault suit against officers can proceed to trial

Fearing a Recession, Many Express Misgivings about a Looming Downturn