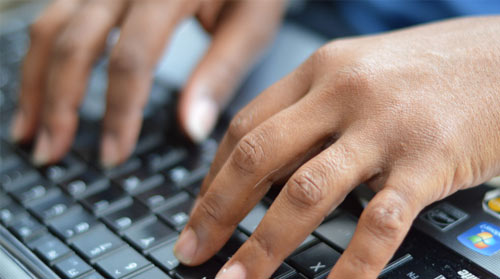 Editor’s Note: Millennials are far less likely than previous generations to seek out their entertainment on television, preferring instead the vast universe of self-produced and user-uploaded video content available on Youtube and other social media websites. According to a New York Times study conducted last year, more than a third of millennials surveyed said they exclusively watch online content, and never tune in to broadcast television. It’s a trend that is only expected to continue. Below, Deonna Anderson of VoiceWaves, a youth-led community news outlet in Long Beach, Calif., shares her own reasons for preferring the online world of entertainment, and offers her suggestions for the top Black female entertainers to keep an eye out for in 2015.

A few years ago, I fell in love with online content that seemed to be created for me, by people who looked like me. First it was The Misadventures of Awkward Black Girl, in which comedian and writer Issa Rae shows her character in a variety of awkward situations in the workplace and in her love life. In one scene, she is ignoring a co-worker’s phone call. She presses the deny button on her phone and exclaims out loud, “Ignore!”, at the exact moment the co-worker walks past her as they enter the building. Awkward, indeed!

Then I found Chescaleigh, who gained a lot of popularity after her video “Sh*t White Girls Say… to Black Girls” went viral.

The list of talented online content creators that I follow continues to grow, and as it does, I will continue to replace my time watching television with my online favorites. In 2014 already, I watched online content twice as much as I did network television.

For some of these content creators, making videos and posting them on YouTube is a stream of revenue. No longer do aspiring writers, directors, actors and comedians have to wait for a Hollywood executive to sign off on their talent and give them a chance at fame. Now, if you own an iPhone and a computer with video editing software, you can take your dreams to the Internet and try to make a living doing what you love. There are YouTube content creators that make upwards of $1 million per year.

In 2014, I discovered more women of color who were creating great content on YouTube and other platforms. They represent New York, Los Angeles, and a number of cities in between. Their styles range from witty to inspirational, hilarious, thought-provoking and real. In addition to producing videos and podcasts, they write for various publications, run their own companies, and pursue their professional dreams in the media industry.

As a journalist and aspiring documentary filmmaker, these Black women show me that there are avenues for me to tell the stories of people who look like us, and ways to get support through online viewership to fund new projects. Most of these women upload a video or podcast once a week, and sometimes more frequently. In addition to following them on YouTube or another video platform, I also follow many of them on Twitter, Instagram and/or Facebook. It allows me to feel even more connected to them by getting a peek into their daily lives. I look forward to seeing what these women and other online content creators release in 2015. But for now, here is a list of my favorite Black female content creators, based on what they put online in 2014:

Akilah Hughes
I was first introduced to this Cincinnati, Ohio native when her video Meet Your First Black Girlfriend, in which she is giving advice to her “boyfriend” of another race, went viral. She is brilliant and hilarious. Akilah somehow takes what everyone is thinking and makes it funny. Plus, she does Tipsy Book Reviews, in which she and a friend drink to get buzzed and review a popular book. She has reviewed Harry Potter and the Scorcerer’s Stone by J.K. Rowling, The Fault in Our Stars by John Green, and Act Like a Lady, Think Like a Man by Steve Harvey. As an aspiring book reviewer, I wish I had thought this up myself.

Below is one of my favorite videos from Akilah. In it, she addresses the cultural appropriation that takes place at least once a year on college campuses across the United States. By throwing a “White Party,” she shows how students who throw themed parties that require attendees to come dressed as an ethnic or racial group, is problematic. (read more here)