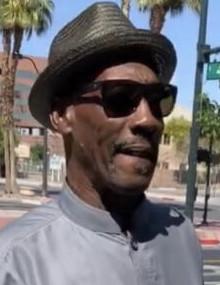 Ron was born on October 12, 1949, in San Diego, California, the second child born to John and Verisa Hancox. The family moved to Los Angeles, California, where he graduated from Freemont High school. Ron met Cheryl (Sherry) Norwood, and they were married. From that union, three children were born; Ricki, Derrick, and Latrice. Ron enlisted in the Army and was honorably discharged. Ron was blessed with a fourth child, Taiann. Ron decided to move back to San Diego.

Ron worked as a milk delivery driver and then at General Motors in Van Nuys, CA. After working there for many years, he decided to pursue his passion for construction and carpentry. Ron attended LA Trade Tech in Los Angeles, CA where he was educated in carpentry. Ron mastered his gift and worked in the construction field until he retired.

Ron accepted Christ as his Lord and Savior and was a member of New Creation Church in San Diego, CA. He enjoyed the outdoors, going fishing and watching his favorite sports teams on TV.