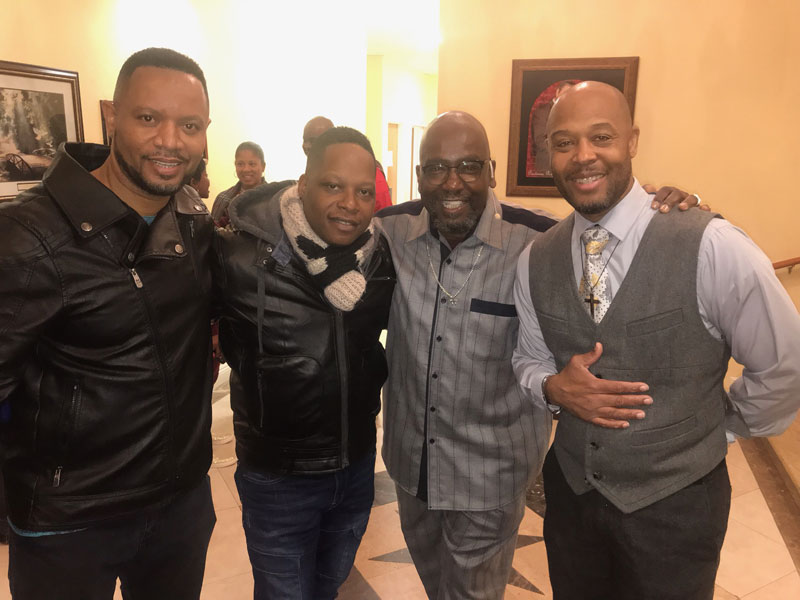 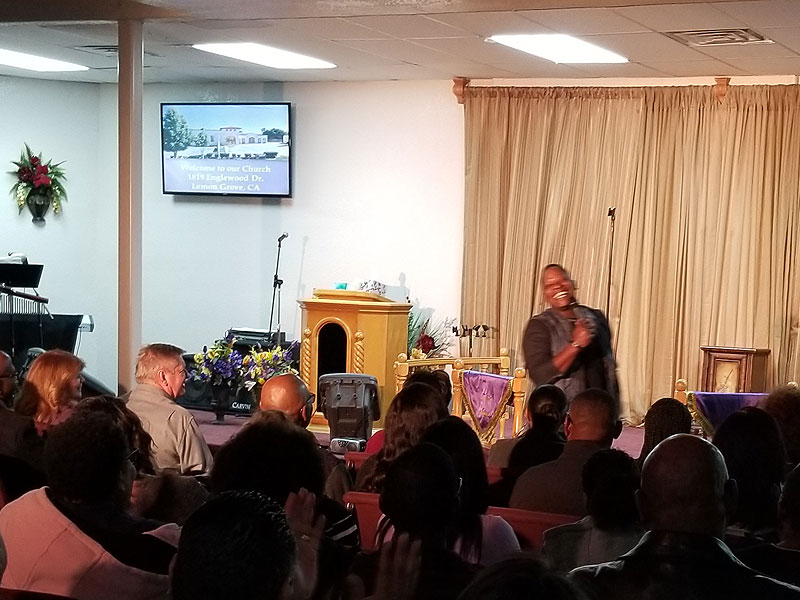 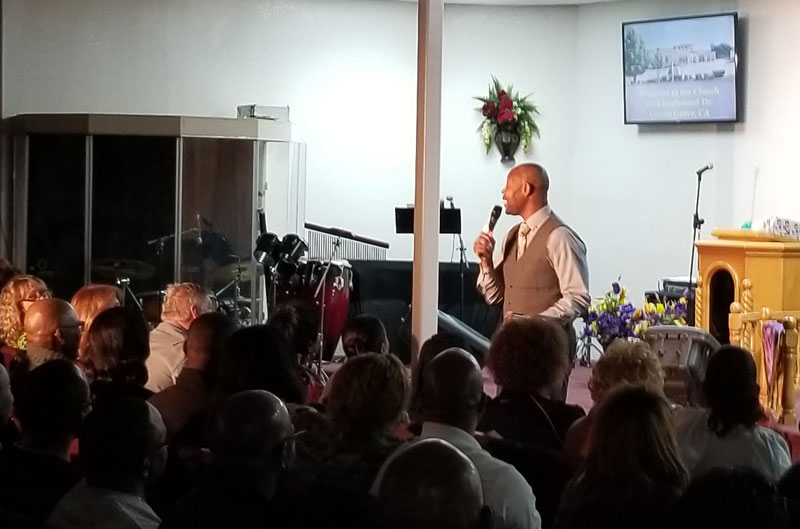 Photos and article By Chelsea Porter

“It was my very first time, it exceeded all my expectations it was a great show, all the comedians were awesome,” one member of the audience named Ariel said. Anthong, another audience member, said, “It was great, it was way better than I thought would be, I laughed hard.”

Barrie was charming and kept the energy level of the crowd elevated from the moment the lights went up, and on throughout the night, and in between the sets of the night’s two comics, Cizzle C and Evan Lionel.

He humorously kept the night proceeding smoothly with snappy dialogue and his hilariously astute observations of the audience who willingly participated in his delightful brand of interactive banter and humor.

The first performer of the evening was Cizzle C. He opened his set with a thoroughly enjoyable joke about old fashioned church choirs marching into Sunday morning services. It was an immediate home run that connected with many in the audience that shared a strong church upbringing in their youth. His comedy was of course clean, yet still a gut busting enjoyable good time! I witnessed it along with many others.

Lester’s joke about his mom constantly praying for him during his youthful journey of balancing the church and his desire to go to the club with his friends was really funny, and sneaking into his parent’s house after a night out was a joke that landed with much success!

Lastly, his joke about really being a contestant on Family Feud and mistakenly uttering the words “coconut meat” was priceless, and it alone was worth the time and effort put forth to attend the show.

The second performer of the night was Evan Lionel. This witty Chicago-bred comedian delighted the crowd as he reminisced with the audience about his single parent upbringing and quickly connected in a major way.

“It was absolutely hilarious, and it gets better every year that I come,” said audience member Yvonne.

Lionel’s jokes bought back a lot of memories for the over-30 crowd in the attendance with subjects like the phones on kitchen walls with the overstretched cords. What a walk down memory lane.

He took the crowd back to their childhood years but kept it modern day as he delved into the trials of his being a parent in this day and age. It was so funny and relatable.

Lionel rounded up his jovial set with jokes poking fun at racial stereotypes used by most comedians, the difference here being that he emphasized the importance of ultimately being a united human race in these particular polarizing times.

Julie, another audience member present, commented, “It was my first experience coming to a church comedy, I had no idea what it was about and I discovered from the first second it started this was going to be a ride of laughter and it was much needed too! I give it 5 stars and would come next year again!”

Many present agreed: they are looking forward to attending next year and urge anyone that hasn’t been, to do themselves a favor and catch this showcase when it comes back.