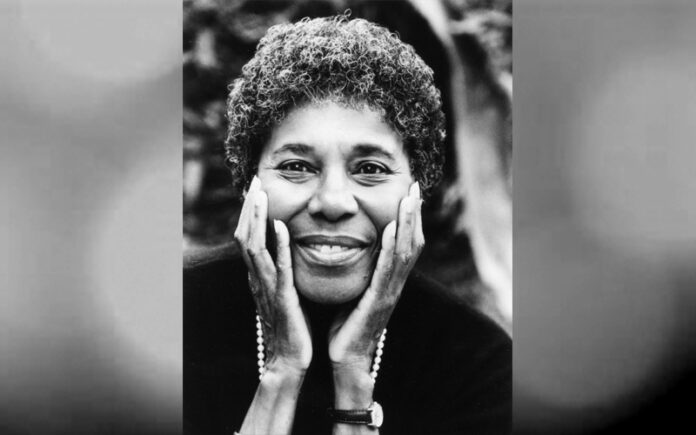 Acclaimed author Paule Marshall, whose writings often reflected on her own heritage, the complexity of Black identities and racism, has died at the age of 90.

Marshall’s son, Evan K. Marshall, confirmed that she had passed away in Richmond, Va., after suffering from dementia over the last few years, according to the Associated Press.

Marshall was born in Brooklyn, New York under the name Valenza Pauline Burke. Her parents were immigrants from Barbados.

Upon graduation, Marshall wrote for a Black publication called Our World. Eventually, after five years of writing and work, Random House published her first novel, Brown Girl, Brownstones, in 1959.

Marshall’s childhood inspired Brown Girl, Brownstones, which focused on the life of Barbadian immigrants in New York during the Great Depression as they juggled both racism and poverty.

To Dr. Lou-Ann Crouther, an associate professor of English emerita at Western Kentucky University, reading a story from a Black woman’s perspective was empowering. Rather than just reading books in school such as Charlotte’s Web or The Adventures of Huckleberry Finn, Crouther wished she also could have been exposed to Marshall’s work at a younger age.

“When you read something that is written by someone whose life experiences are perhaps close to yours, you can empathize with them,” she said.

Over the years, Marshall published a variety of short stories such as Soul Clap Hands and Sing, Reena, Some Get Wasted, To Da-Duh: In Memorandum, The Chosen Place and Timeless People.

Jemayne Lavar King, an English professor at Johnson C. Smith University, said Marshall was able to inspire so many people because her writing appeals to a large, diverse audience.

“Her writing worked in three ways,” he said. “In one way, she was a feminist writer. In other ways, she wrote as a woman of color but at the same time, she wrote and inspired people who were either descendants of immigrants or immigrants. So her impact as a writer affects so many different types of people. So many were able to relate or find therapy in her gift.”

In an interview with Essence magazine in 1979, Marshall described how most men in fiction are portrayed as the “wheelers and dealers.” She wanted to change that.

“I wanted women to be the centers of power,” she said. “My feminism takes its expression through my work. Women are central for me. They can as easily embody the power principles as a man.”

“Writing in the interregnum between the New Negro Movement and Protest Period of the 1920’s to 1940’s and the post-civil rights era, she is the connective tissue that both bridged the literary eras and paved the way for Toni Morrison, Alice Walker, Gayl Jones and other Black women writers of the 1970’s and beyond,” she said. “Words, even superlatives, fail to capture the profound magnitude and impact of Marshall and her cross-cultural work.”

Marshall’s 1983 essay From the Poets in the Kitchen focused on the conversations that her mother had with other Barbadian women, as well as Marshall’s experiences living in a neighborhood with other West Indians.

Her last book, Daughters, was published in 1991 and discussed the cross-cultural barriers of growing up as both Caribbean and American.

“She was a literary and cultural gem,” said Melancon. “Through a uniquely Caribbean American vantage point, Marshall, as a Barbadian-American writer, illuminated the nuances and complexities of Black identities and experiences. She enriched and expanded the African-American and Black literary tradition, while simultaneously complicating Blackness and Americanness in a uniquely diasporic sense.”

Marshall was also well known in academia, as she taught English and creative writing at Virginia Commonwealth University.

As a Virginia native, King found it meaningful that Marshall spent her time in Richmond.

“The fact that she chose to bless the state, the commonwealth, with her presence and her gift is a debt that we could never repay,” said King.

Throughout her literary career, Marshall received a number of accolades, including a MacArthur Fellowship grant, a Guggenheim Fellowship, the American Book Award and the Langston Hughes Medallion Award.

“The world that she has created is so wonderful because we have so many young writers of all different colors that are coming, and they get the benefit of what she did,” said Crouther. “That informs writers, and that just opens up the whole world of literature, I think, for everybody all over the world. And I think that is a wonderful thing.”

This article originally appeared in Diverse Issues in Education