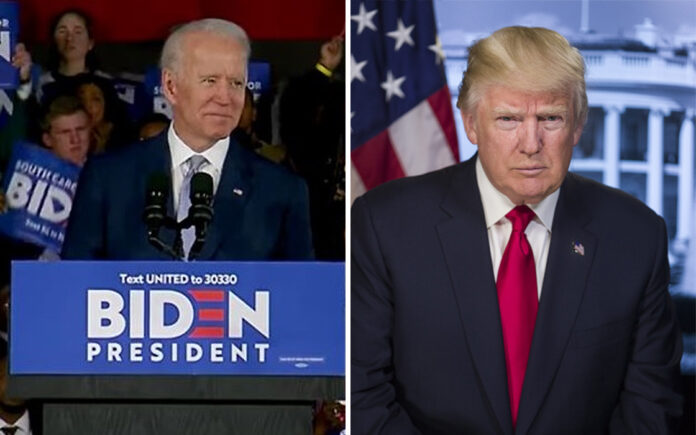 Political commentators, pundits and everyday Americans have characterized the 2020 presidential elections as the most consequential of our lifetimes.

For the past four years, critics say, President Donald Trump has attacked, largely eroded and seriously damaged institutions, ignored long-established political norms, and engaged in criminal behavior that led to his being impeached in January. And he has also spent his entire presidency attacking, maligning and smearing African-Americans, Latinos, immigrants, Muslims and non-whites generally, and stoked racist and white nationalist fears which have divided the country.

Of equal concern, these critics say, Trump has overseen and botched the federal response to the COVID-19 global pandemic which has brought the United States to its knees. So far, the pandemic has killed more than 220,000 Americans, sickened 8.14 million more and has been allowed to run unfettered by the Trump administration which is yet to launch a coordinated national response. COVID-19 forced the shutdown of about 80 percent of the country early in the epidemic, triggering an economic meltdown and record unemployment that dwarfs the Great Recession.

Most major political polls show Biden currently winning the election with a significant margin ahead of Trump. A New York Times/Siena College poll this week said Joe Biden leads President Trump, 50 percent to 41 percent. But given his surprise win over Hillary Clinton in 2016, most voters are taking nothing for granted. And others are asking serious questions about what actually will happen after the election regardless of who wins.

“If Joe Biden wins, are we going to take our foot off the gas?” asks political consultant and activist Michele L. Watley. She says this is a pervasive question that she poses to  people that she knows and works with.

“If Biden wins, the fight doesn’t end,” said Watley, founder and owner of The Griot Group, a consulting practice that focuses on strategic communications and advocacy for clients and partners. “We can’t be comforted by a Biden-Harris win. We cannot and should not be convinced that the battle will be won with a Biden/Harris win, nor should we become complacent. There is an uprising of racism that confronts us. It’s not in the past, nor is it an anomaly or one-off. We have to hold Harris and Biden accountable and we must do the same for the Senate leader, the House of Representatives and state and local government.”

Watley, a Kansas City, Missouri native and founder of Shirley’s Kitchen Cabinet, a nonpartisan organization dedicated to amplifying the voices and power of Black women through education and advocacy, said she’s been greatly encouraged by the explosion of votes seen in early voting, the record numbers of Black women who’re running and who have won seats in Congress, state and district attorneys’ races and elsewhere.

“Progressives and other candidates have been running very competitive races. Incumbents have a right to be fearful because politics as usual in these unusual times is not gonna fly,” said Watley, former national African-American outreach political director for Senator Bernie Sanders’ 2016 presidential campaign.

Dr. Monique Gamble, an assistant professor of Political Science at the University of the District of Columbia, said although she has pondered how the presidential election will shake out, with less than two weeks to go, “I still don’t know what 2020 portends,” she said with a sigh.

Gamble said she’s worried about issues including the pervasive voter suppression and manipulation tactics by Trump and the Republican Party and his unabashed embrace of white nationalists and domestic terrorists. She is also deeply concerned about his poisonous rhetoric that clearly emboldened members of two Michigan militias to plot to kidnap, try and execute Michigan Gov. Gretchen Witmer less than a month ago.

“The authorities uncovered a couple of other plots. That’s really bold,” she said. “I don’t know if all the energy, work and effort that Joe Biden and his allies are doing and have done will be enough to win the election. I’m really concerned that there might not be enough to get around the structural challenges such as gerrymandering and the electoral college having the same number of electors in Wisconsin and California, even though California has millions more residents.”

Gamble, a writer, educator and photographer, said members of Congress lack the political will to reform electoral politics.

“Before we even get to the elections, this democracy is deeply flawed,” the Alabama native said. “And there is a question of what Nov 3 looks like if the president wins. He wasn’t constrained before and would be less so especially without the prospect of re-election. There’s no lever that would stop him.”

Gamble said she’s aghast as she watches the callousness of Trump, Senate Majority Leader Mitch McConnell and other Republicans in refusing to help struggling Americans, adding that a Biden-Harris win would return a semblance of progress and movement forward.

With Trump’s contemplation of the so-called “herd immunity strategy,” Gamble recounts, “They say, ‘we’re willing to chop off the bottom third of society. So be it,”’ she said. “There will be long-term effects and it’s morally and strategically wrong to sacrifice these people and the more than 300,000 who some in the medical community say will die from coronavirus. The best-case scenario is a Biden-Harris win.”

Given these gargantuan challenges, columnist and political scientist Dr. Wilmer Leon, III says he believes it really doesn’t matter who wins in November.

“I don’t think that it’s really going to matter what happens on Nov. 3,” he told Trice Edney Newswire. “I think the virus is at such a point that in the next six months the numbers that we’re seeing over the past two weeks indicate that the s**t’s about to hit the fan. I’ve been talking to three public health physicians who say the projection of deaths could be 410,000 by January. This is the one data point that determines where everything goes.”

Because coronavirus is running rampant, Dr. Leon said, if former Vice President Joe Biden and Sen. Kamala Harris win in November, whatever measures they implement to fight COVID-19, “won’t be able to have an impact until April or May 2021.”

The new president and his vice president will be contending with about 140 million people who go to bed hungry every night; the presence of long food lines in cities and towns across the country; men and women seeking housing and food assistance, unemployed Americans seeking job support and help for small businesses which are disappearing in the tidal wave of COVID-19, said Dr. Leon, a radio talk show host, author and political analyst.

But he anticipates that a Biden-Harris administration – if Democrats take the US Senate and hold onto the House of Representatives – would push through a relief bill and a stimulus package to help the millions of Americans who’re struggling to buy food and pay rent, the tens of millions who are unemployed and the estimated eight million Americans who have fallen further into poverty because Republicans refuse to agree to a relief fund package.

“But will they win? No,” he says emphatically. “They can be very effective in determining the outcome unless the turnout is overwhelming. The early turnout numbers have been historically high. The numbers are significantly higher that they anticipated. He (Trump) is sh****ng on himself. They are really starting to see that it’s almost game over unless they have an October surprise.”