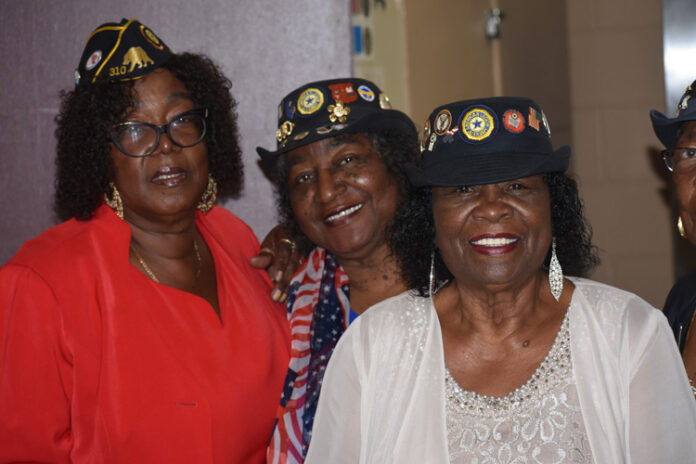 Sunday, October 26th was a special day at American Legion Post 310. It was a time set aside to celebrate the 100th anniversary of the American Legion organization dating back to 1919. The initial meeting was held in Paris, France. Today there are 55 departments, one for each of the 50 states and five areas which are the District of Columbia, Puerto Rico, France, Mexico and the Philippines. The chapters within each department (state) are known as Auxiliary Units or Posts.

The Dennis T. Williams Auxiliary Post 310 here in San Diego, California was at the forefront of the Legion’s celebration this week at their local headquarters on 47th Street, San Diego, CA. Under the leadership of Unit 310 President, Margaretta Hickman, there was an elaborate program which included distinguished guests from Chula Vista, CA. There was a great meal served up to all present including an anniversary cake.

The American Legion was chartered by congress in 1919 as a patriotic veterans organization. Focusing on service to veterans, servicemembers and communities, the Legion evolved from a group of war-weary veterans of World War I into one of the most influential nonprofit groups in the United States. Today there are over 12,000 chapters and 2 million members worldwide. There are legendary stories of the importance of the American Legion Post 310 in San Diego and its importance to African Americans in particular. Best wishes to Post 310 on this celebratory occasion.