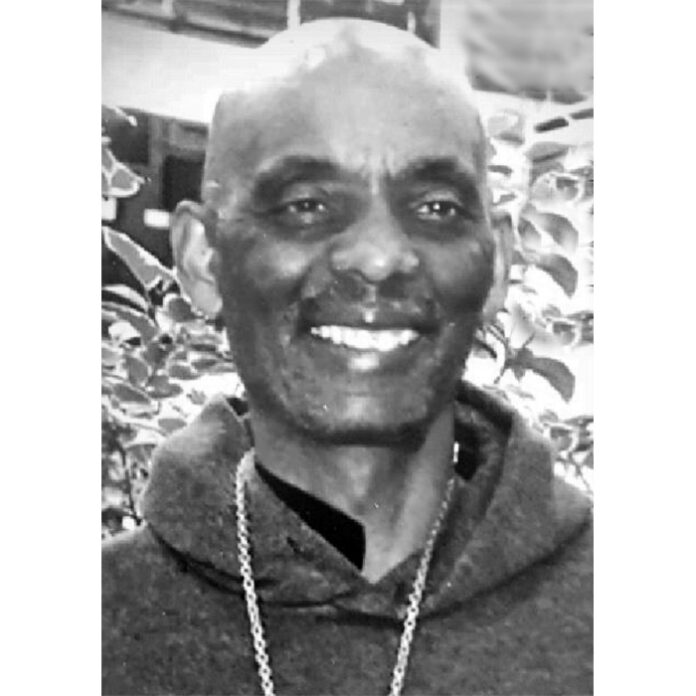 Arnie Paul Robinson Jr. was born on April 7, 1948 in San Diego California. He was the third child and the eldest son born to Arnie Paul Robinson Sr. and Verneater Robinson. His parents and younger brother Michael D. Robinson preceded him in death.

Arnie was known to his family and friends as Arnie, Bro Arn, (Brother Arnie) which he displayed on his car license plate. He was called Coach Robinson by all of his students. Arnie attended and graduated from Morse High School, San Diego Mesa and San Diego State University before he joined the US Army.

Arnie transitioned to his heavenly home on Tuesday December 1st 2020 with his son and caregiver by his side. We all loved him dearly but God loved him best.

In 1976, he won the Olympic trials and Olympic Games, taking home the gold medal with 27-4 ¾. In 1977, his national championship win qualified him for the first World cup meet in Dusseldorf, Germany, where he again took home gold with a mark of 26-10 ¼.

In 1982, he began coaching at Mesa College and served as a professor in health and exercise science until his retirement after 23 years. His 1998 women’s team won the California Community College state championship.

Arnie retired from coaching and teaching in 2010. On April 13 2013, San Diego Mesa College honored him by naming its premier high school and college invitational meet “The Arnie Robinson Invitational”.

Arnie served as USATF San Diego-Imperial Youth Track and Field chair from 1994-2004 where he mentored thousands of youth athletes over the years and as the USATF associate Vice President from 1997-2007.

Arnie was inducted into San Diego’s Breitbard Hall Of Fame in 1985, the USA Track and Field Hall of Fame in 2000, and the California Community College Cross Country and Track Coaches Association Hall of Fame in 2005.
Arnie is a true legend where he will be remembered for always placing his student athletes first and being a wonderful ambassador for the sport of track and field.