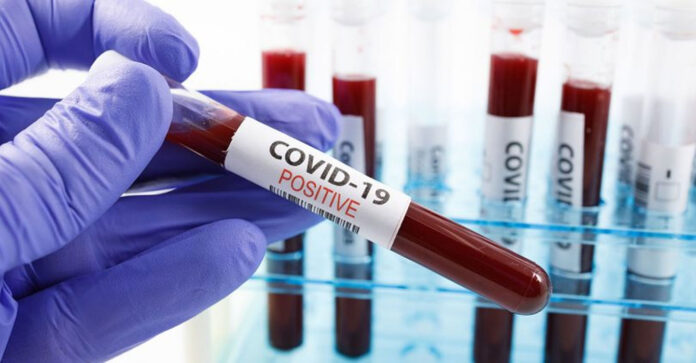 Eli Lilly announced this week that it would pause a government-sponsored COVID-19 clinical trial because of a potential safety concern.

The drug manufacturer did not specify the concern, but the experimental vaccine is reportedly similar to the one President Donald Trump has claimed cured him of the coronavirus.

Earlier, Johnson & Johnson put the brakes on a COVID-19 vaccine trial after the company noted an “unexplained illness” reported by a participant.

In September, Great Britain officials held off on a potential vaccine when a participant reported a concerning reaction.

The difficulty in producing a vaccine for the deadly virus comes as a new wave of COVID-19 infection has begun.

Data provided by Johns Hopkins University in Maryland revealed that the U.S. surpassed 51,000 new daily cases on Oct. 13, marking the first time in over two months that the number exceeded 50,000.

The average daily number of new cases stands at 48 percent higher than two months ago when 34,354 were reported.

More than 36,000 COVID-19 patients were hospitalized on Oct. 13, the highest number recorded since August.

While the race and ethnicity of those who contract the virus are known in just 52 percent of cases, 7 of the 10 U.S. counties with the highest death rates from COVID-19 have populations where people of color make up the majority, according to data compiled by USA Today.

Of the top 50 counties with the highest death rates, 31 are populated mostly by people of color.

Additionally, one report noted that had African Americans died at the same rate as whites; approximately 20,800 Black people would still be alive.

Dr. James Hildreth, the president of the historically Black Meharry Medical College in Nashville, Tennessee, told the Black Press that his school is among four HBCUs preparing to host on campus COVID-19 clinical trials.

Dr. Hildreth previously advised against any vaccine touted by Trump, where the president exclaimed would be ready before Election Day.

“It’s true that Black people have little trust in clinical trials, and that’s understandable,” Dr. Hildreth stressed. “We’ve engendered a level of trust with communities of color that other organizations just don’t have, and it’s imperative for us as HBCUs to rise to this occasion.”

Dr. Hildreth noted that Meharry’s trial would feature a vaccine made by Novavax.

“By engaging with the four Black medical schools, [participants] will have individuals who look like them, sitting across the table, having these conversations, and we think that’s going to make a huge difference.”